The town of Highlands, in the heart of the Blue Ridge Mountains, is unique among the communities of Western North Carolina. It’s chief claim to fame–while bolstered by commercial, sociological, and historical advantages–is aesthetic. It is still a small village nestled in an ocean of mountain peaks blanketed with forests as far as the eye can see.

A well-known legend of the founding of Highlands claims that two developers living in Kansas, Sam Kelsey and C. C. Hutchinson, took a map in hand and drew a line from New York to New Orleans. Then they passed another line between Chicago and Savannah. These lines, they predicted, would be the great trade routes of the future, and where they crossed would someday be a great population center.

These two men founded Highlands in 1875 as a health and pleasure resort, enamored as they were of its natural beauty and healthful climate. Described as “a Southern Mountain Town Founded by Northerners,” Highlands has attracted strong, caring citizens from every state in the Union. As a direct result, it is too cosmopolitan to be provincial, too broadly based to be singular in attitude and perspective, too enamored of its natural surroundings to be totally indifferent to them, and just isolated enough and small enough to be anxious about the benefits and setbacks of growth and development.

Though still small, Highlands has grown significantly over the years. Since the mid-1930s, its population has doubled from 500 to almost 1,000. Its business district has increased from 25 members in its Chamber of Commerce to nearly 250. And its summer population has grown from 2,500 to around 20,000. 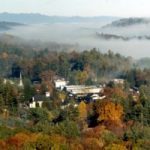 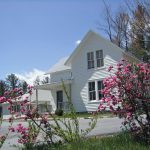 Cherokee, home of the Eastern Band of Cherokee Indians, is rich in tribal history and...
Learn More

Drive Through the Smokies

Experience some of the most beautiful natural scenery in America on a journey through the...
Learn More

The town of Highlands, in the heart of the Blue Ridge Mountains, is unique among...
Learn More