The relocation of lowland Scots to Northern Ireland in the early 17th century created a cultural group today referred to as “Scots-Irish.” Unwanted in an unfriendly land, these Presbyterian Scots suffered persecution from their Catholic Irish neighbors as well as from the Anglican English. Over the course of the century, many Scots-Irish immigrated to the New World.

Other Scottish and Irish families came as well, including many of the Highland Scots who were defeated at the Battle of Culloden in 1746. Famine in Ireland also played a major role in Irish immigration to America during the mid-19th century.

Although many of the Scots-Irish immigrants settled near the ports of Philadelphia, Charleston, and Savannah, some were drawn to the piedmont region of North Carolina. During the Revolutionary War, Scots-Irish militia men were instrumental in defeating the British at the Battle of Kings Mountain. After the war, the mountains of North Carolina were opened to settlement, and many Scots-Irish established small farms and homesteads. 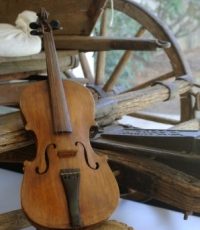 Scots-Irish settlers brought with them the agricultural, music, craft, and storytelling traditions of their homeland. Living in small, relatively isolated communities, Scot-Irish settlers sustained their cultural ties through the preservation of these traditions and had a profound influence on shaping the distinctive agricultural, music, storytelling, and crafts of the Southern Appalachians.

Visitors can learn more about heritage of the Scots-Irish and Scots at a variety of museums, interpretive centers, and historic sites in the Blue Ridge National Heritage Area, including: