Rivers in the North Carolina mountains provide some of the most popular whitewater rafting in the country. Some claim the sport was pioneered on the Nantahala River, which tumbles through the nine-mile scenic Nantahala Gorge.

Rafting, kayaking, canoeing, and tubing are all popular pursuits on many of the region’s rivers. These include:

The upper French Broad River is flat, ideal for lazy float trips as it winds through farmlands and wooded areas. Below Asheville, the river becomes a wide and powerful waterway, suited for seasoned paddlers.

Located near Robbinsville on the remote western edge of the Great Smoky Mountains National Park, the Cheoah River is one of the most challenging and physically-demanding whitewater rafting rivers in the world. The nine-mile section between the Santeetlah Dam and Lake Calderwood has releases at least 18 times a year.

The gradual grade of this relatively shallow river is well-suited for tubing through the scenic Pisgah National Forest. Kayakers can run the river as well when water levels are high enough.

With waters sometimes roiling and powerful, at other times more serene, the Nolichucky River has over 25 named Class II-IV rapids. Rafters travel through scenic and remote regions of the Unaka Mountains that form the border between North Carolina and Tennessee.

The site of some of the most extreme downriver whitewater races in the world, the “Narrows” of the Green River is the most famous steep creek in the Southeast with 11 major Class IV and V rapids in a row. At Green River Cove, beginning and intermediate white water canoers will find about 8 miles of delightful Class I and II water, a developed parking area, a put in at the head of the Cove, and a defined takeout point and parking lot at the end of the 2 ½-3 hour trip.

Numerous outfitters and guide services are available throughout the region, offering everything from fully guided river trips to inflatable kayak rentals.  Visit the websites of  the Host Groups to find individual rafting, canoeing, and kayaking outftters and guides. 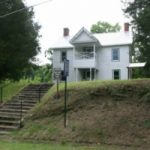 Rockford, NC
Established in 1789, the town of Rockford served as...
Add to Trip 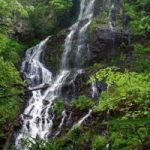 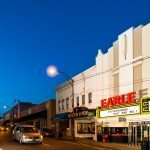 Mount Airy, NC
Before there was a state of North Carolina, indeed...
Add to Trip 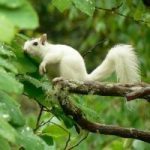