From high, windy, boreal forests to protected gorges which harbor subtropical species, the Blue Ridge mountains and foothills of North Carolina  sustain some of the greatest biodiversity in North America. 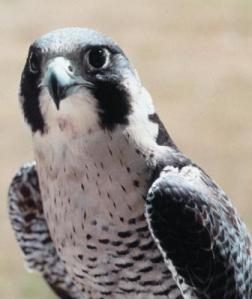 Click on the link below to hear more in a Living Traditions Moment.

Botanists William Bartram and Andre Michaux were among the first to recognize the scientific importance of the wide variety of species in the region. American-born William Bartram, who was to become one of the best-known naturalists and explorers of his day, traveled throughout the region from 1773 to 1777 and wrote vivid descriptions of the plants and animals he saw.

After the Revolutionary War, botanist Andre Michaux was sent by the king of France to America to search for new species of trees that would thrive on French soil, as French forests had been stripped for building warships. Michaux traveled widely in America, but his expeditions to the mountains of the Carolinas were especially fruitful. High in these mountains near the headwaters of the Catawba River he discovered an evergreen shrub with flowers that turned entire mountainsides into oceans of purple blossoms—the Catawba rhododendron.

Today, visitors can view spectacular displays of the Catawba rhododendron in the early summer at such places as Roan Mountain, Craggy Gardens, Pink Beds, and Graveyard Fields. The Catawba rhododendron, also known as the purple laurel, became one of the genetic parents of many of the beautiful hybrid rhododendrons cultivated for gardens.