Experience some of the most beautiful natural scenery in America on a journey through the Nantahala National Forest in the far western mountains of the Blue Ridge National Heritage Area.

It’s difficult to see this region on a single day trip, so plan to come and stay awhile. Here are some of the highlights for you to explore:

Entering the region from Bryson City along 19/74 south, turn right onto NC Hwy. 28. Go 3.5 miles and look for the sign on the right to the Tsali Recreation Area, a mecca for hikers, mountain bikers and horseback riders. Named for a Cherokee Indian who once lived in the area and who defied the U.S. Army during the Cherokee Removal in 1838, the 4-loop trail system winds through mixed pine and hardwood forests on a peninsula stretching into Fontana Lake.

From Tsali, return to NC Hwy. 28 and continue on to the village of Stecoah. The Stecoah Valley Cultural Arts Center is housed in the former Stecoah Union School, built of native rock in 1926 and renovated in the 1990s.

The Center is a hub of cultural activity, especially in the summer, when the concert series, “An Appalachian Evening,” offers traditional music by award-winning artists.  An authentic Appalachian dinner is also available on concert nights, prepared in the Center’s Food Ventures kitchen. The Center’s gallery features the fine artwork and crafts of the more than 100 members of the Stecoah Artisans Guild.  A guide to the studios, galleries and shops of nine of these artists is available at the Center, which you can use to make stops along the way as you follow this itinerary.

From Stecoah, continue on NC Hwy. 28 and travel north to Fontana Dam, the highest dam in the Tennessee Valley Authority (TVA) system. Surrounded by the Smoky Mountains, National Forests and deep river gorges, Fontana ranks among the most beautiful dams in the world. In addition to generating electricity, the dam is used for flood control.  The nearby historic Fontana Resort and Village offers dining, accommodations, and opportunities for outdoor activities.

Continue along the very windy NC Hwy 28 (there are some 10 mph curves, and they mean it!) until it meets US 129 at Deal’s Gap, where hundreds of motorcyclists each year come to ride the “Dragon.”  This ribbon of road borders the Great Smoky Mountains National Park and has 318 curves in 11 miles.  Detour from this itinerary on the Dragon if you dare, but be aware that the Dragon’s curves claim several lives each year.

If you choose to remain on the itinerary, follow US 129 south along the shores of tranquil Cheoh Lake to Cheoh Dam.  This scenic dam was started in 1916 and finished in 1919 and is controlled by Fontana Dam as part of the TVA’s electricity generation system. “Cheoah” is the Cherokee word for “otter.” The dam was used to film a scene in the 1993 movie The Fugitive starring Harrison Ford. The bridge before the dam is named “Fugitive Bridge,” probably in honor of the movie.

Take US 129 south from Cheoah Dam which follows the Tennessee River to Santeetlah Lake, near Robbinsville. Some of the most challenging white water in the world can be found on the Cheoah River that runs from the Santeetlah Dam northward to the Cheoah Dam.

There are two ways to enter the Joyce Kilmer Memorial Forest coming from this direction.  Fourteen miles south of the Cheoh Dam is the “back door” of the forest, clearly marked by a green sign.  Otherwise, continue on through the village of Santeelah and turn right onto NC Hwy. 143, which becomes the Cherohala Skyway, a National Scenic Byway at Santeetlah Gap. Go 12 miles and turn right onto Joyce Kilmer Road (SR1134.) One of the few old growth forests that remain in the North Carolina mountains, the Joyce Kilmer Memorial Forest is home to towering trees as old as 450 years.  The only way to see the impressive forest is on foot. The figure-eight trail covers two miles and has two loops. This is a great place to enjoy a picnic, but no camping or overnight parking is allowed. The forest is named for the soldier and poet Joyce Kilmer, whose best known poems is “Trees.”

Exit the Forest by returning to NC Hwy. 143, and turn right to travel the Cherohala Skyway.  A little more than 40 miles long, this two lane road offers scenery that rivals the Blue Ridge Parkway. Covering portions of what was once a Cherokee Indian trading route, the Cherohala Skyway climbs to an elevation of 5,390 feet, with breathtaking scenic overlooks. To continue this itinerary, pull off at the Unicoi Crest overlook, just before the NC/TN state line, turn around, and return to Robbinsville.

Junaluska was a hero to both Cherokee and other Americans. In 1838, Junaluska and many other Cherokee people were incarcerated and held in nearby stockades, from which they were forced to march to Oklahoma. This location is the beginning place of what is known as the Trail of Tears. After Junaluska’s return from Oklahoma, the state awarded him 337 acres of land on which he built his farm. When Junaluska passed away ca. 1855, he was buried here, his grave marked in traditional Cherokee style, with a pile of stones.

From Robbinsville, you can finish this itinerary by returning to Bryson City, or start the second leg of this far western adventure.  This part of the journey can best be described as a drive through peaceful, bucolic scenery with charming small towns along the way.

Complete your journey by returning to Bryson City, or take US 23/441 south to Atlanta or north toward Waynesville and Asheville.

Contacts for accommodations, restaurants, and shopping: 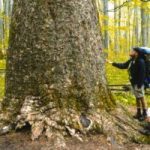 I think that I shall never see A poem lovely as a tree... Groves of...
Learn More
Add to Trip 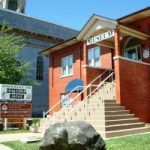 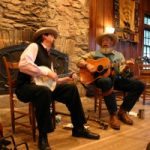 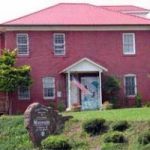 Preserving the legacy and crafts of Clay County's long history As its name would suggest, the Old...
Learn More
Add to Trip 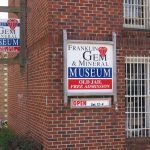 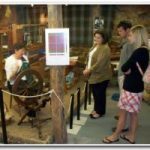 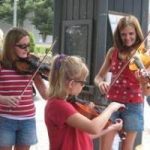 Waynesville is the largest city west of Asheville. It is Haywood County's oldest town and...
Learn More
Add to Trip

Cherokee, home of the Eastern Band of Cherokee Indians, is rich in tribal history and...
Learn More

Drive Through the Smokies

Experience some of the most beautiful natural scenery in America on a journey through the...
Learn More

The town of Highlands, in the heart of the Blue Ridge Mountains, is unique among...
Learn More