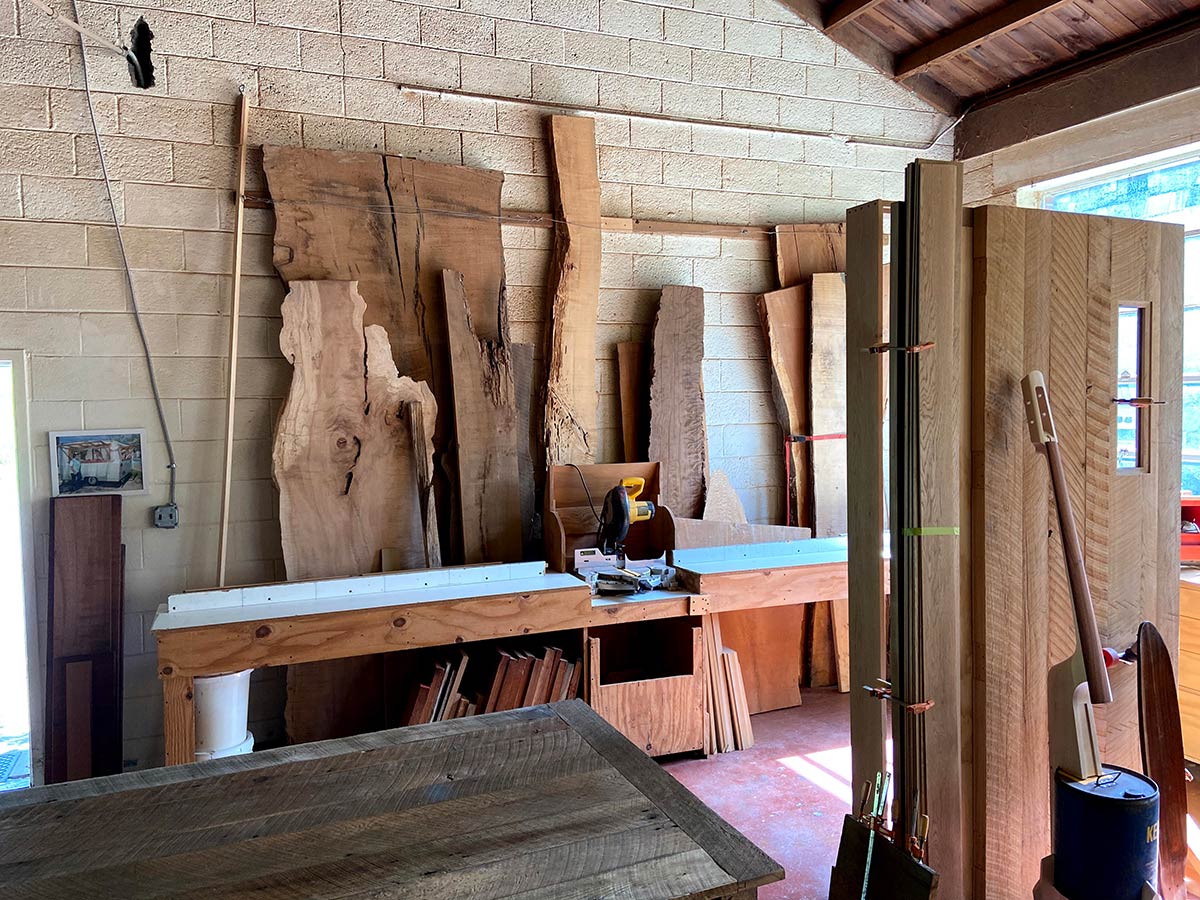 All guitars bear a maker’s mark. The mark on Chris Capozzoli’s guitars is unfamiliar at first glance. When viewers learn that it’s a cross section of a narrow-gauge rail from the Tweetsie Railroad, things start to make more sense. Tweetsie was a primary railway into the high country during the early 20th century. Railroads were so central to life at that time that they found their way into songs like those sung by the legendary Doc Watson, one of Chris’s major influences to explore the acoustic guitar. So when Chris found a cross section of the actual Tweetsie Railroad at a friend’s house, he knew he’d found his mark.

Originally from Charlotte, Chris moved to the Boone area to attend college. He built his first guitar for his high school senior project, and continued working with wood while earning his Associates in Art from Caldwell County Community College & Technical Institute. When he had all the tools he needed, he opened his own shop making custom furniture. But when his mother died, he decided to try something different. His mother had been a steadfast supporter of his work, so he used his inheritance to attend the American School of Lutherie in Oregon. Since that time, his guitars have been turning heads and ears.

Chris makes his guitars and custom furniture at his shop on the campus of historic Cove Creek (High) School near the Doc & Merle Watson Folk Art Museum. New, unique projects are constantly ongoing, so visitors are likely to see a variety of projects in varying stages of completion. For his furniture, Chris often works with materials from old barns from local North Carolina landscapes. For his guitars, Chris strives to incorporate the inspiration of old guitars with modern design elements like slimmer neck profiles, new body shapes, and handmade pickups to create timeless instruments that are familiar and new. Capozzoli Guitars offers a wide range of stock models and a myriad of custom options. 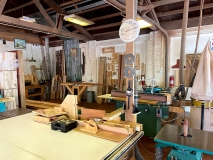 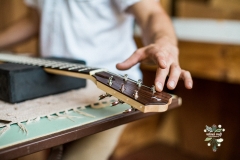 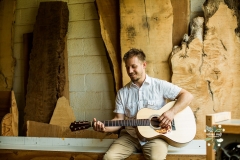 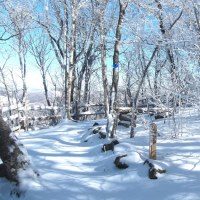