Quilting was a craft born of necessity, a necessity born of scarcity. Quilts were made of cast off scraps of fabric, often left over from making a family’s clothing. Quilting fit in perfectly with the Appalachian character of thrift, following the old ditty: “Make it Do, Wear it out, Use it up, Do without.” In the early decades of the 20th century, companies took note of the fact that their poorer customers were making clothing and quilts from cloth sacks used to package feed and flour. During the Great Depression, some companies began to sell their feed and flour in sacks printed with flowers or colorful patterns. Another means of “use it up” was to cover an older quilt with new fabric. It is common to find that the padding inside an antique quilt is, in fact, an older antique quilt.

Quilting has a long history in our region and around the world. While we cannot know exactly when quilts were first made, quilted objects have been dated as far back as the Middle Ages. The earliest American quilts were made from wholecloth, not cut and pieced as we think of quilts today. Wholecloth quilts were made from two large sheets of fabric, stitched together with padding in between.

When most people think of quilts, they think of patchwork, a method of cutting pieces of fabric and sewing them together.  This type of quilting is also known “piecing.” Patchwork quilts are of two kinds: pieced or appliqued. In a pieced quilt, sections of cloth are sewn together; in applique, a smaller piece of fabric is laid over a larger one and stitched down. Beginning in the late 1700s, patchwork quilting became popular. Quilts were commonly made from cotton, although wool, silk, and linen were sometimes used. Quilting became more widespread in the 1800s when commercial cloth and thread became more readily available. The craft flourished between the 1890s and the 1930s, fueled as well by the popularity of the colonial revival, a style in home décor. During the 1930s, the Mountain Cabin Quilters, located in Highlands, sold quilts made by local women. Such marketing cooperatives were established to help mountain people during a period known as the craft revival.

Besides the quilt product, in many communities, quilting is a shared community activity. Women piece their quilt covers independently and then meet as a group to stitch the top and bottom layers together. Quilting “bees”—held in homes and churches—give rural women an opportunity to gather, share stories, swap recipes, and talk about community and family. Throughout American history, quilting brought generations of women together; grandmothers, mothers, and daughters would share in this activity.

Typically, a quilt is defined as two cloth layers, a top and bottom, sewn together with a padded filling—known as batting—in between. Most often, the bottom layer is plain cloth while the top carries a colorful pattern. Patchwork quilts are valued for their color, their intricate stitching, and their mesmerizing patterns. They are among the most popular crafts to purchase. Because they are often produced in the home and sold one at a time as they are finished, quilting is a true representation of American handcraft and Appalachian heritage. 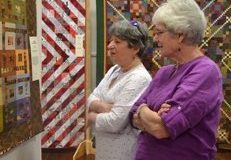 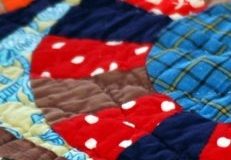 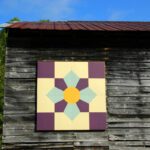 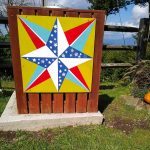 Beech Mountain, NC
Quilting has long been a tradition woven into the...
Add to Trip 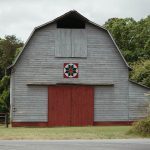 Yadkinville, NC
Quilting has long been a tradition woven into the...
Add to Trip