The tiny village of Valle Crucis is perched in a valley high in North Carolina’s Blue Ridge mountains near Boone. Archaeological explorations of the nearby Watauga River have revealed evidence of 10,000 years of human habitation.

Its modern history really began with a visit to the valley by a New York botanist in 1840. So enchanted was he by the luxurious natural beauty of the area that he stopped in Raleigh on his way home and met with Episcopal Archbishop Levi Silliman Ives to share his impressions.

Bishop Ives had been searching for a location to establish a mountain mission, and in July 1842, he made his first trip to the region. Upon seeing three creeks intersecting to form a cross, he named the area Valle Crucis, Latin for Vale of the Cross. The history of the town of Valle Crucis was heavily influenced for the next century and a half by the evolution of Ives’s Episcopalian mission.

Alongside the Episcopalian ministry grew a prospering farming community, anchored by the Mast Farm, est. 1812, which is today part of the Mast Farm Inn complex. The Mast Farm became a popular tourist inn by 1915.

In 1883, Henry Taylor opened a general store in Valle Crucis and also added rooms to his family home to accommodate travelers. In 1897, Taylor sold half interest in the store to an employee, W.W. Mast. The store was known at the Taylor and Mast General Store until 1913, when Mast purchased the entire business, and it became Mast General Store.

For the next 60 years, the Mast family not only carried merchandise needed by residents and visitors in Valle Crucis, but also provided a place of community, with neighbors gathering around the pot-bellied stove. The building was placed on the National Register of Historic Places in 1973. After its sale that same year, it went through several owners until it was purchased in 1979. The present owners have built upon traditions set by the Mast family. Today, there are 9 Mast General Stores throughout the Southern Appalachian region.

The entire Valle Crucis community is on the National Register of Historic Places as an historic rural community since 2004, and when the historic district was established in the 1990s, it was the only one in a rural area recognized by the state of North Carolina. Several more buildings in the community are on this National Register of Historic Places including the Mast Farm Inn and the Valle Crucis Conference Center.

Other buildings date back to the late 1790s (the Baird House Bed and Breakfast) and the early 1900s including the Taylor House Inn and Alta Vista Gallery. What is now the Mast Store Annex was once a competing general store known as the Watauga Supply Company and later the Valle Crucis Company. Those in the local area simply referred to it as the Farthing Store because of its long-time manager and later owner Aubyn Farthing. It was constructed in 1909.

Through the designation of the historic district, Valle Crucis maintains its rural agrarian character and welcomes visitors from near and far.

Valle Crucis Community Park Auction – the Saturday before Labor Day Saturday – The Valle Crucis Community Park is a true community park in the biggest sense of the word. Each year, the volunteers put together an auction featuring gift certificates, antiques, locally-baked cakes, event tickets, fun and more to raise funds to support the park that parallels the Watauga River.

Valle Country Fair – Always the third Saturday in October – This little slice of Americana features over 125 craft vendors, food booths, and the world famous apple butter gang. Local entertainment ranging from storytellers and cloggers to poetry readings and music take the stage from 9 a.m. until 4 p.m. in the field right across from the Valle Crucis Conference Center. Sponsored by the Holy Cross Episcopal Church, all funds raised from this down home event go back into the local community through grants given to social services. 828-963-4609.

Valle Crucis Punkin Festival – Always the fourth Saturday in October – This kid-friendly festival is big on fun. Featuring food, crafts, music, old-fashioned games, and punkin carving, the Punkin Festival is a fundraiser for the Western Youth Network and the Valle Crucis Elementary School. Get your face painted or parents and kids can both participate in no muss, no fuss punkin carving. Why punkin? Because it’s so much more fun than pumpkin!

Located behind the Mast General Store in Valle Crucis, the market offers flowers, canned goods, vegetables, baked goods, and crafts available every Friday from 2-6 pm from June until September. 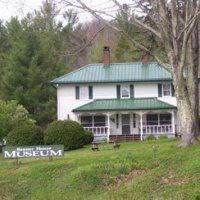