In a February 2020 study commissioned by the Blue Ridge National Heritage Area Partnership, Blue Ridge Music Trails venues and events reported that the initiative benefited both their organization and their communities, and the majority saw overall growth in traditional music audiences since 2013.

The Blue Ridge National Heritage Area Partnership periodically commissions research to gauge the health of the local tourism industry, to assess visitor preferences, and to quantify the impact of tourism and related industries on the regional economy. 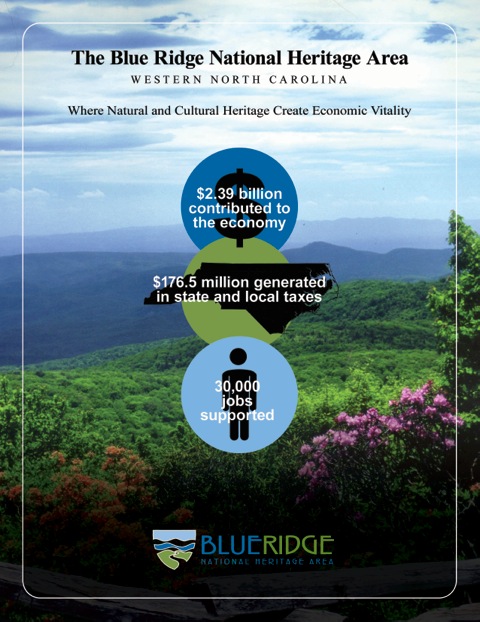 A 2012 study of traditional music venues and events in Western North Carolina revealed an economic impact of $20.7 million for the 26 locations in the study sample. In surveys conducted as part of the study, 99% of visitors said they would return to the event or venue next year, indicating a very high level of customer satisfaction and loyalty. The survey was commissioned by the North Carolina Arts Council and the Blue Ridge National Heritage Area Partnership.