The Great Cherokee Nation was once the largest of all southern tribes, with an estimated population of 25,000 prior to the arrival of European explorers. Believed to be a branch of the Iroquois, the Cherokee Nation included approximately 135,000 square miles in North America and extended from the Ohio River in the north to what is now the state of Alabama in the south. 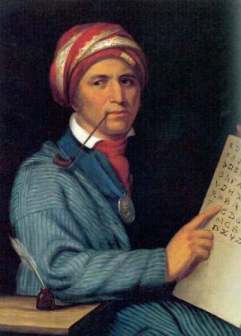 Today, about 9,000 members of the Eastern Band of Cherokee Indians dwell on 57,000 acres in the North Carolina Mountains known as the Qualla Boundary, and on smaller parcels to the west. A much larger population of Cherokee belong to the Cherokee Nation, a self-governing tribe of over 200,000 members, which is centered on 7,000 square miles in northeastern Oklahoma.

The centuries between the first European contact and the present day have been filled with tragedy and triumph as the cultures of the Cherokee and the white explorers and settlers clashed time and again. It is a history of a proud, intelligent and highly spiritual people with democratic values, a deep respect for the land and a strong belief in balance in all aspects of life.

Cherokee history is rich and complex and can be explored further on the Cherokee Heritage Trails website and by visiting the Museum of the Cherokee Indian, Oconaluftee Indian Village, and the Unto These Hills outdoor drama, all located in Cherokee, North Carolina.

There are many places outside of Cherokee, NC where Cherokee history can be found, including: the Cherokee Homestead Exhibit, The Clay County Historical and Arts Museum, and Spikebuck Mound, the location of the Quannasee Village council house, located in Hayesville, NC. The Junaluska Museum and Memorialin Robbinsville celebrates the life of Junaluska, a prominent Cherokee leader who is a hero to both Cherokee and other Americans.

Click on the link below to hear a Living Traditions Moment about the creation of the Cherokee Alphabet.