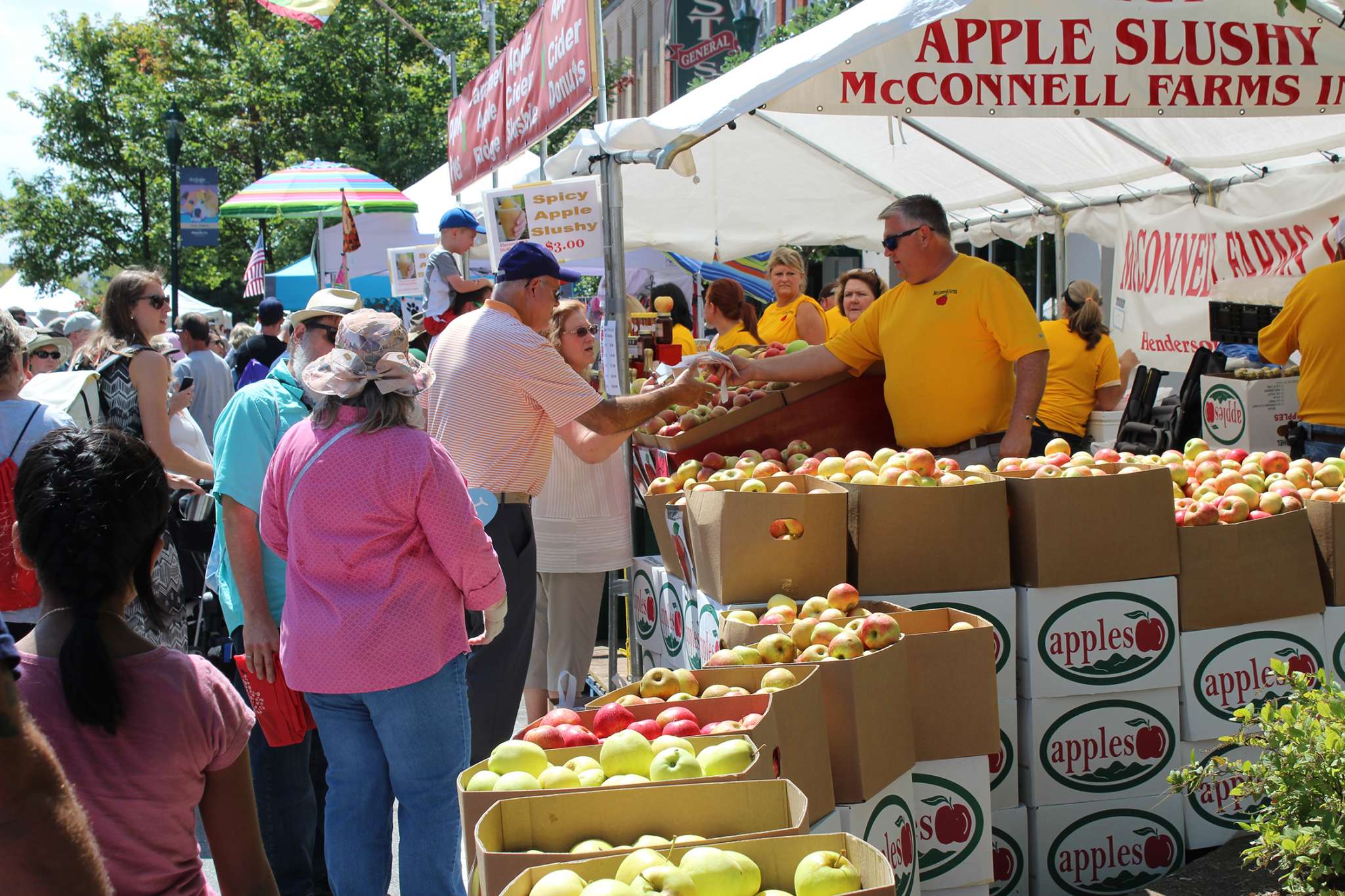 After missing last year due to the pandemic, festival organizers, farmers and attendees are excited for the return of this Hendersonville hallmark that honors the local apple crop. Henderson County leads the state in apple production and consistently ranks within the Top 20 counties nationwide. Many orchards have become destinations with a slew of agritourism offerings.

Fourteen local apple growers participate in the festival, selling fresh apples, as well as cider, slushies, doughnuts, fritters and other confections. In addition to fresh apples, the street fair showcases handmade arts and crafts. One-third of this year’s crafts vendors are new to the festival.

Live music takes place Friday, Saturday and Sunday from noon to 8 p.m. Headliners include Buddy K Big Band on Friday, Flashback on Saturday, and on Sunday, The Super 60s followed by The Mighty Kicks. The King Apple Parade serves as the grand finale on Monday at 2:30 p.m., with special emphasis on community members who have played critical roles throughout the pandemic.

Friday’s opening ceremony at 4 p.m. includes a tribute to the festival’s 75th anniversary and the presentation of the Apple Farmer of the Year Award. At noon on Saturday, the Bandit Flight Team performs a patriotic aerial salute with a six-plane flyover above Main Street.

“People tell me all the time that their first introduction to Hendersonville was the Apple Festival,” Nicholson says. “But then they tell me about all the things they come back to do like shop at local stores or eat at downtown restaurants.”

For additional information about the North Carolina Apple Festival, including a full schedule of events, go to www.NCAppleFestival.org. To learn more about Hendersonville and explore lodging options: www.VisitHendersonvilleNC.org or (800) 828-4244.