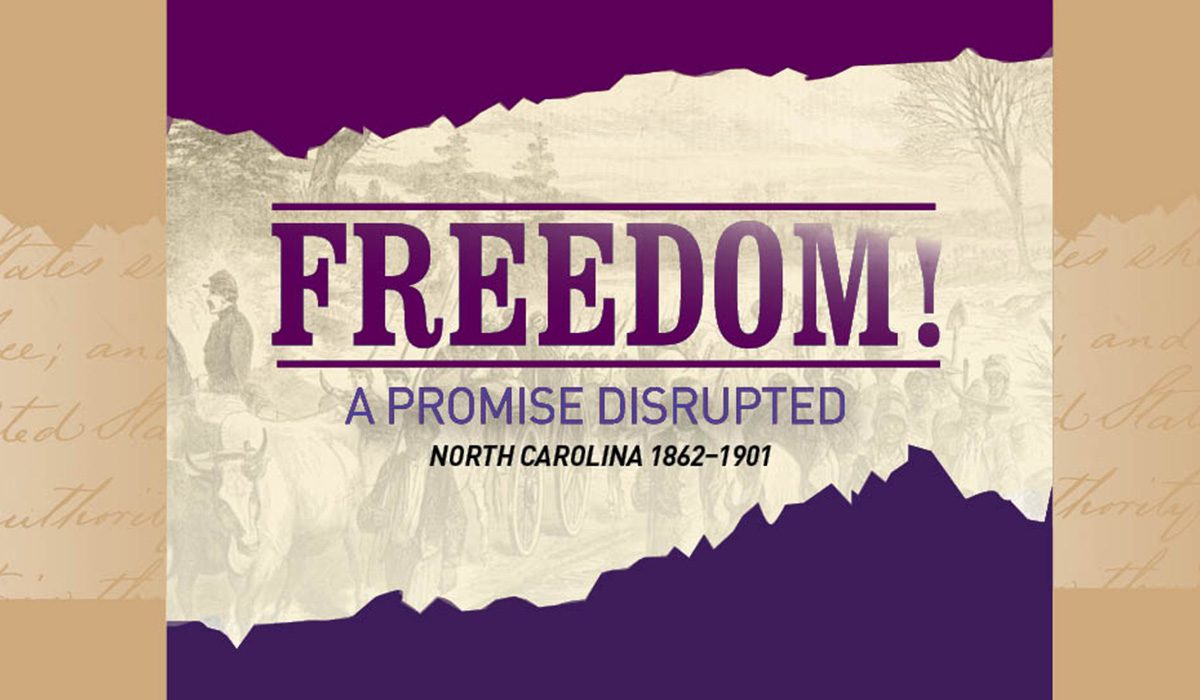 The Western Office of the N.C. Department of Cultural Resources will host the exhibit, Freedom! A Promise Disrupted: North Carolina, 1862-1901 from February 3rd to March 31st.  Created by staff at the N.C. Museum of History in Raleigh and originally displayed in 2019, this exhibit looks at African Americans in North Carolina during the Reconstruction Era. The Civil War is often considered the “second American Revolution” and viewed as a rebirth of freedom. This second revolution included emancipation from an institution that had kept 4 million black people, including over a quarter-million in North Carolina, in bondage. Those emancipated set out to claim freedoms; to be families, to better themselves, to make a living and experience the rights of equal citizenship only to see racism and segregation reverse their gains by the turn of 20th Century. The exhibit combines text, photographs, artwork, and artifacts.

The exhibit will be open weekly to the public during the hours of 10:00 am to 2:00 pm Wednesday to Saturday. Admission is free.