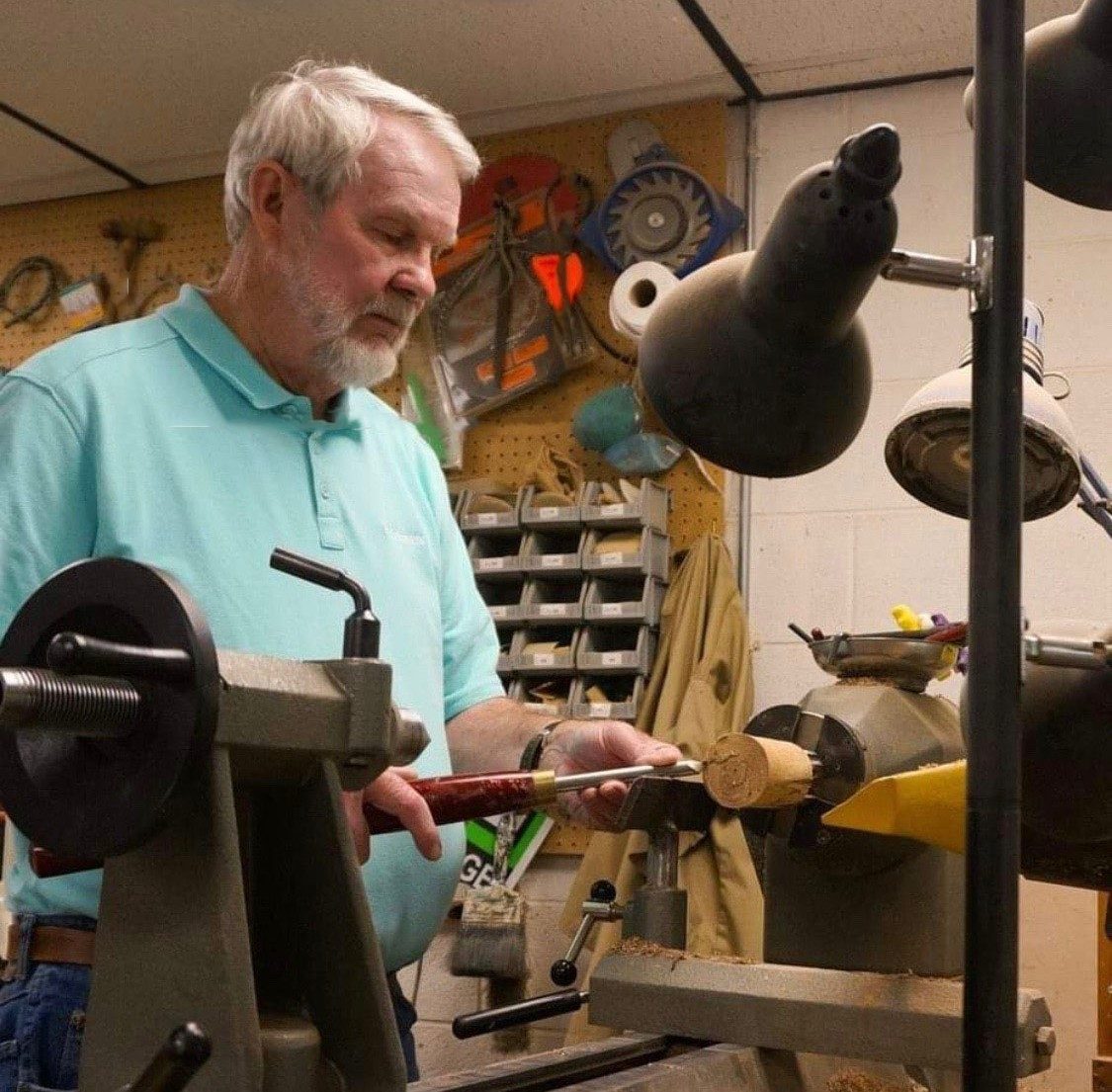 For Ron Davis, it’s a sin to burn wood. His connection with wood started during his time as a therapist in a substance abuse treatment program. He would join his patients as they worked with crafts, and it was here that he discovered his affinity for turning wood on a lathe. He bought his first lathe and kept it on the porch until the wintertime when his wife allowed him to put it in the spare bedroom.

Today, Ron turns family heirlooms out of native North Carolina woods that would have otherwise been relegated to the fire pit, the landfill, or the forest floor. When asked what his favorite wood is, Ron often replies “Something that grows on trees.” He has turned works out of everything from poison ivy to black walnut.

Visitors to Ron’s wood shop will find a well-used workspace with a large assortment of tools for a wide array of different creations. From cast-off logs and tree limbs, he turns hummingbird houses, bowls, boxes, plates, platters, urns, and Christmas tree ornaments. The wood used is as natural as possible and may bear the effects of beetles, decay, or fungus and sometimes include the bark, cracks, and voids. Ron will sometimes embellish the wood with pyrography (wood burning), working the surface with special texturing or spiraling tools, and coloring with dyes or paint. In Ron’s basement shop, guests can also see his wood storage and finishing station. 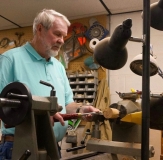