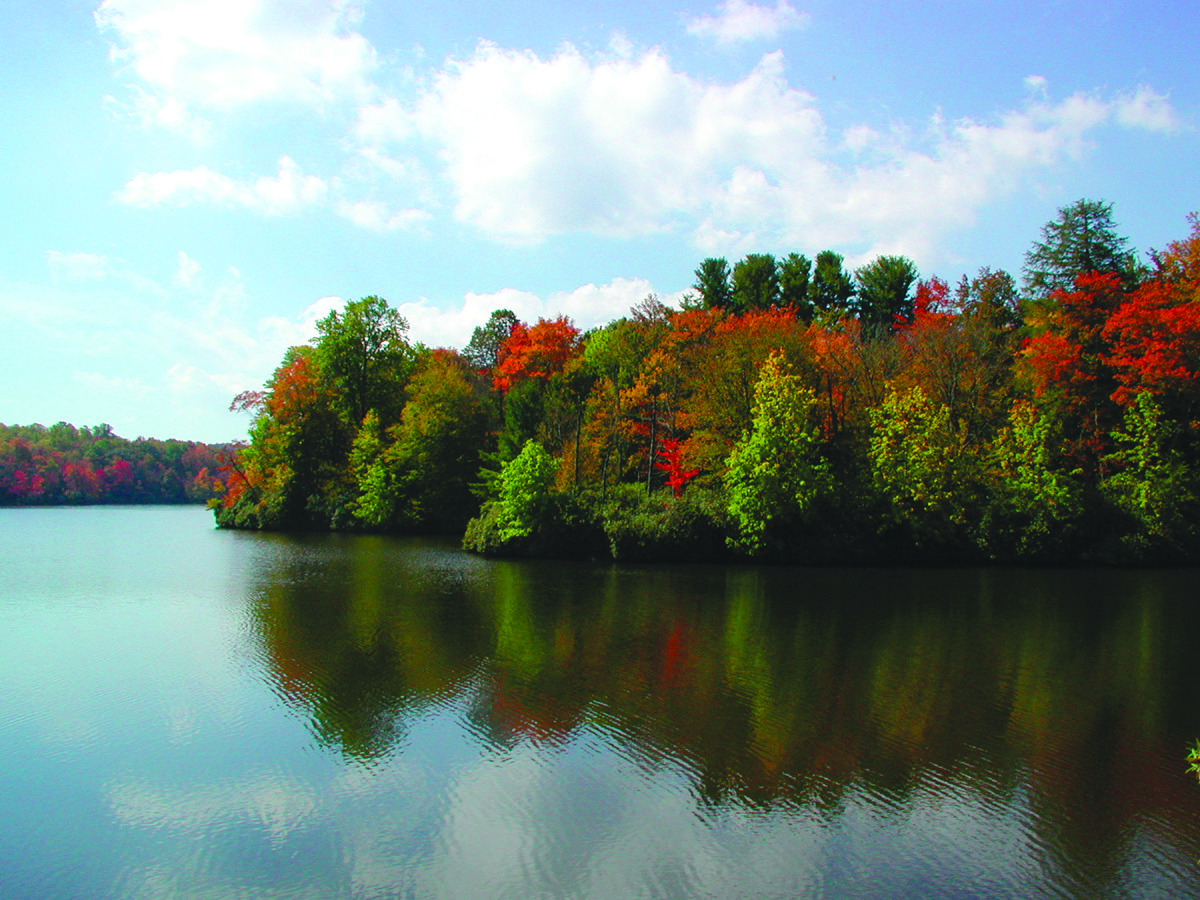 Julian Price Memorial Park is a popular stop on the Blue Ridge Parkway at the foot of Grandfather Mountain, near Blowing Rock. The Park is adjacent to Moses H. Cone Memorial Park and together the two comprise the largest area developed for recreation along the Parkway.

Julian Price Memorial Park is named in honor of Julian Price, an insurance executive who purchased the acreage in the late 1930s and 1940s to create a retreat for the employees of his insurance company, which later donated the lands to the Parkway.

With 4,300 acres, including a small lake, Julian Price Memorial Park offers hiking, fishing, canoeing, camping, guided walks, and evening campfire programs. The grounds include 100 picnic sites, with shelters and comfort stations. A 300-seat amphitheater is used for lectures and talks during the summer months. Canoes can be rented for use on Price Lake.

The park’s seven trails include the Price Lake Loop Trail (2.7 miles), which circles the well-stocked lake, and the challenging 5-miles Boone Fork Loop Trail. The ingeniously engineered Tanawha Trail (13.5 miles) passes under the Linn Cove Viaduct and wraps around the southeastern ridge of Grandfather Mountain.

A nominal fee is charged for campsites. Contact directly for most current information.

The entrance to Julian Price Memorial Park is located at Milepost 297 on the Blue Ridge Parkway.

A museum of native stone, a mountain of native talent The BRAHM (Blowing Rock Art...
Learn More
Add to Trip