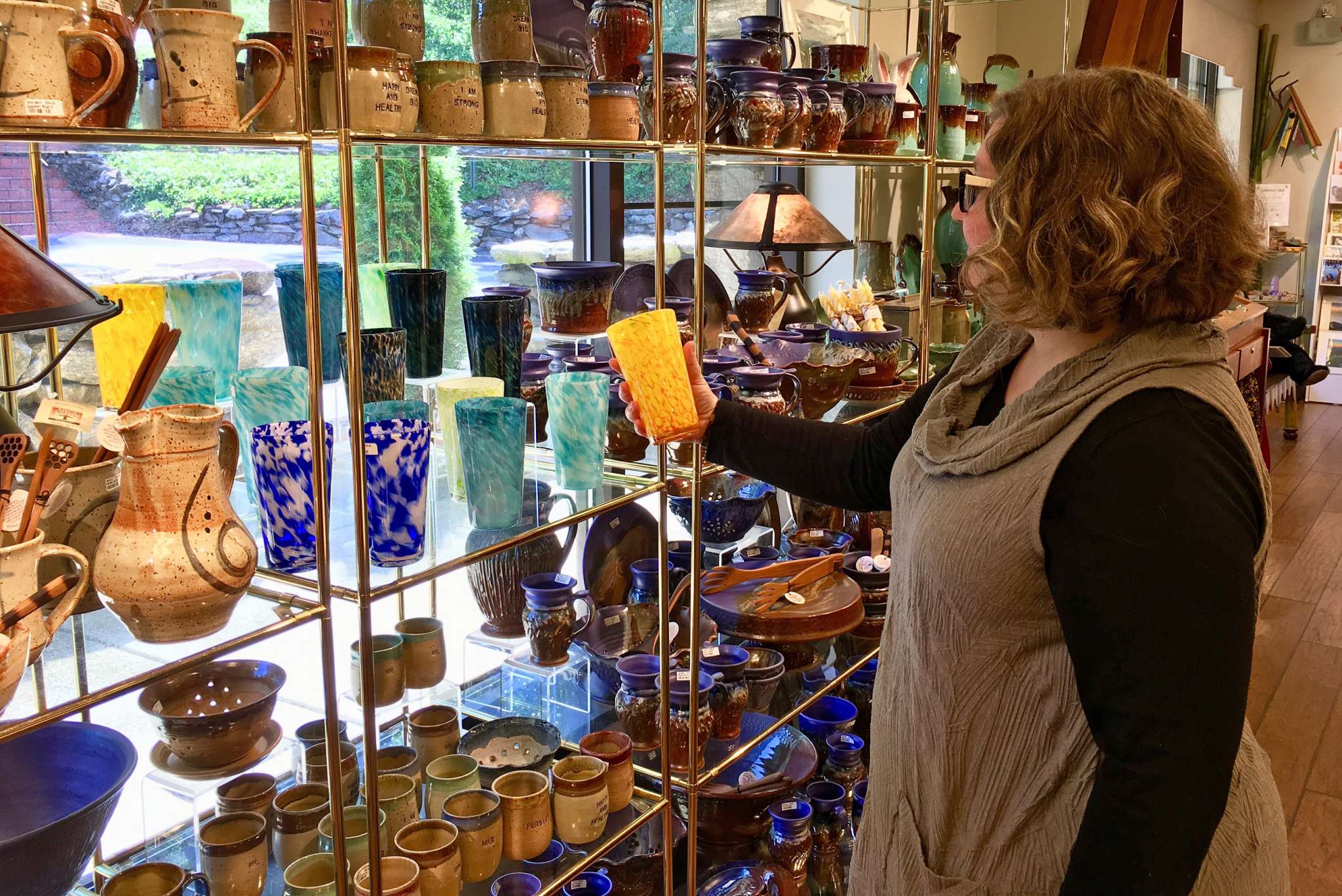 Handmade pieces in a shop surrounded by Arts and Crafts originals

Since 1984, Gallery of the Mountains has featured handmade crafts by more than 100 local and regional artists living in the Southern Appalachians. The gallery is located inside the historic Grove Park Inn, a hotel that boasts the largest public collection of American Arts & Crafts style furnishings in the world. Gallery of the Mountains is the only hotel shop that carries 100% American handmade items by local and regional artisans.

The Grove Park Inn itself is outfitted with craftwork from Roycroft, one of the 20th century’s most important designers and manufacturers of American Arts & Crafts furniture, metal work, and accessories. Roycroft was established in 1895, first as a press, making intricately tooled leather-bound books, and evolving into an intentional utopian community. Led by the charismatic Elbert Hubbard, resident “Roycrofters” produced hallmark forms that today define the movement.

Both the Roycroft Copper Shop and the Roycroft Furniture Shop contributed pieces to the Grove Park Inn. Roycroft copper examples include the chandeliers in the Great Hall (since altered), wall sconces and ceiling lights in the Blue Ridge Dining Room, and table lamps. Furniture includes two large grandfather clocks, corner servers, and buffets.

The Grove Park Inn was built in the early 20th century by E. W. Grove with the help of his son-in-law Fred Seely. Constructed with enormous granite stones, 400 men worked 10-hour shifts six days a week to complete the massive undertaking. The workers used mules, wagons, and ropes, and a lone steam shovel to move material into place. The resort opened in 1913, less than a year after breaking ground.

Besides a treasure-trove of history found on the campus of the Grove Park Inn and Grovewood Village, the site has become a present day mecca for Arts & Crafts enthusiasts. What began as a small gathering of antique dealers and collectors in 1988 has grown into what the New York Times has called “the most important weekend of the year for Arts & Crafts collectors.”

Besides the many Arts & Crafts aficionados who stay at the hotel, the Grove Park Inn has hosted numerous celebrities over the years. These include William Jennings Bryan (who spoke at the hotel’s opening), Thomas Edison, Elbert Hubbard, Helen Keller, Franklin and Eleanor Roosevelt, and Barack Obama.

For hours and news about current offerings at Gallery of the Mountains, check out www.galleryofthemountains.com. 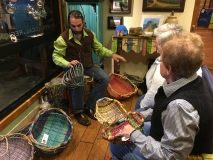