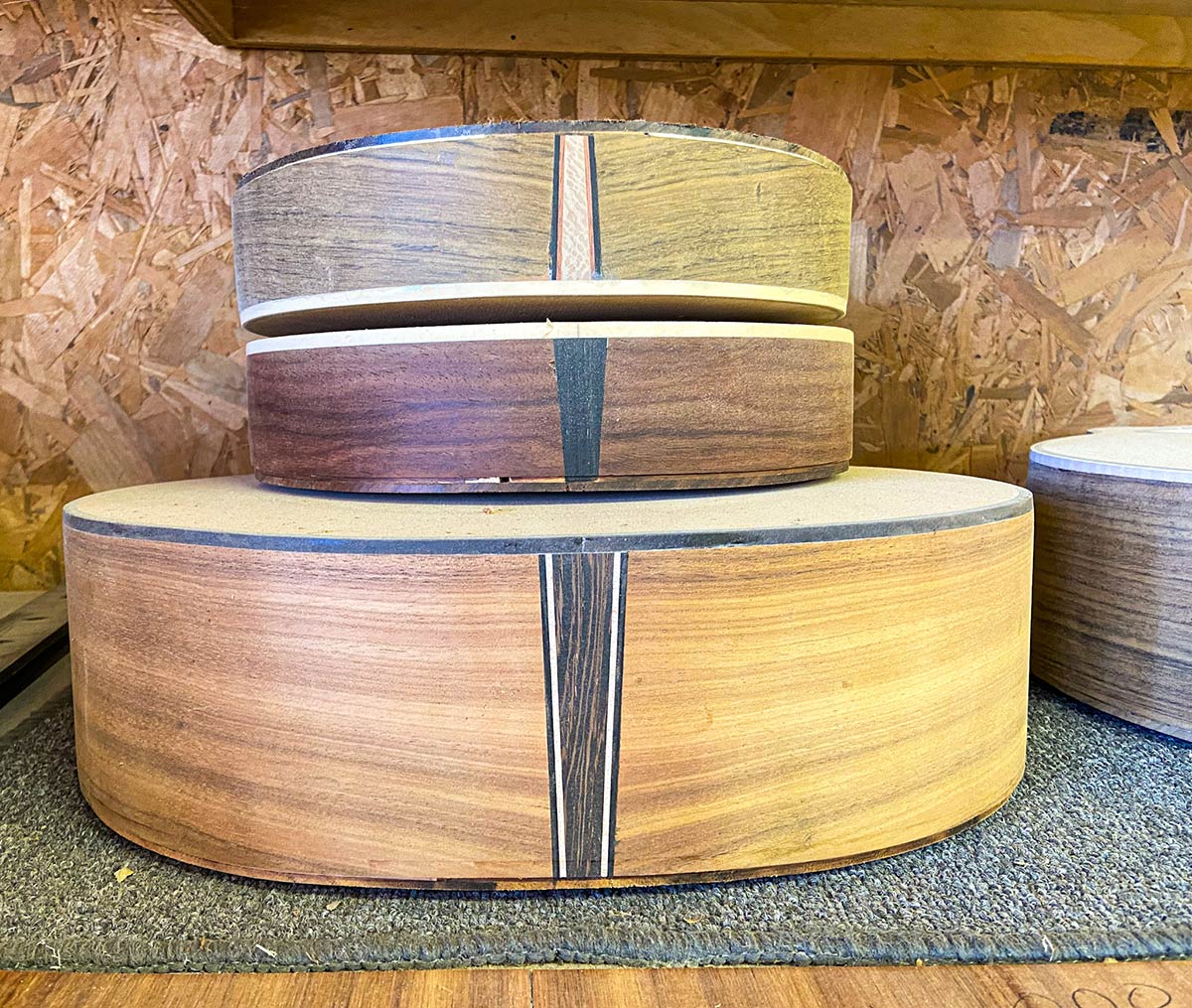 Richard Beard is never away from music for very long. When he’s not building instruments in his Rutherfordton shop, he’s often playing music. And when he’s not playing or building, he can be heard hosting the radio show “Celtic Winds” on WNCW FM. A retired shop teacher, Richard has worked in wood for more than 40 years, but it’s his father’s occupation that inspires the iconography on his own instruments. His father worked for NASA, so the labels on all of Richard’s instruments feature the man on the moon. Richard’s maker’s mark on his guitars, mandolins, and octave mandolins is an inlaid star. He also specializes in Appalachian dulcimers built in the traditional NC hourglass shape. All these instruments are of his own design and, as a professional musician, he’s able to critique each of his instruments and continually modify them to improve their sound and playability.

Richard’s shop is in the former carriage house of his restored 1885 Victorian home. It’s there that he takes rough boards through a series of steps to create high quality instruments that he ships all over the country. The bulk of his work is hand done, so Richard can demonstrate various procedures used in the building process as he normally has upwards of a dozen instruments in various stages of completion. Visitors are welcome to try their hand at playing a dulcimer with a brief overview of the history of the instrument and music of the region. 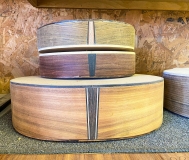 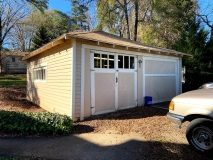 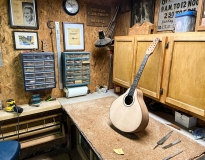