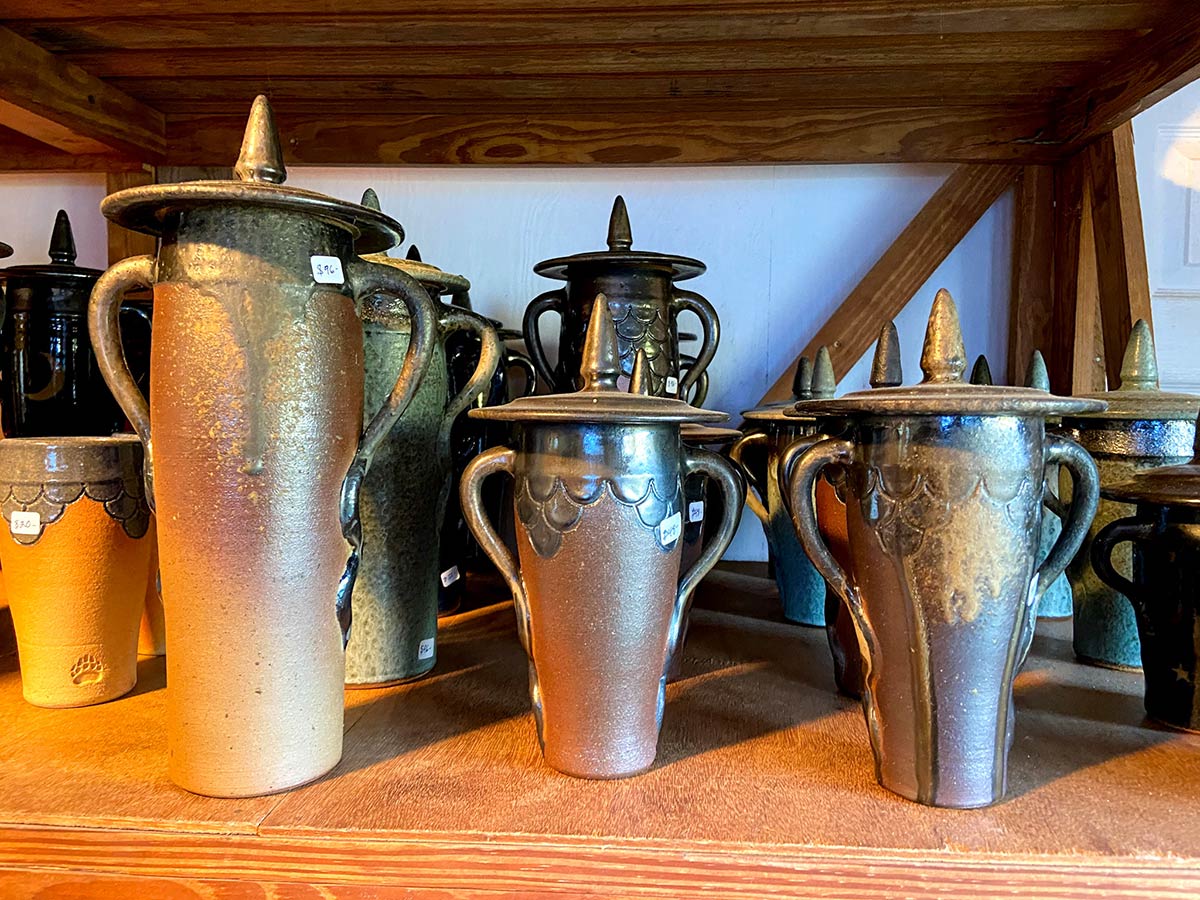 It’s hard to get more local than Bairs Den Pottery. Daniel Bair turns stoneware pottery out of clay from his own land. He decorates his pots with glazes and slips mixed from the raw materials by dipping, brushing, and spraying techniques. He fires his pots at 2380 degrees with wood from his own land in a walk-in, cross-draft kiln that he built himself. Kiln firings start on Thursday and reach top temperature by Saturday evening. The kiln is unloaded three days later after all pots have had adequate time to cool and settle. Daniel’s style is distinct. Influenced by classic forms of pottery, his forms are familiar but often taller and leaner than traditional forms, and his glazes have earthy and metallic hues.

Bairs Den Pottery sits just behind Daniel’s 90-year-old farmhouse on five acres just north of Forest City. The Bairs grow a garden and raise hogs, goats, and sheep. Visitors can see the kiln Daniel built in 2003 and even walk inside! Bairs Den Pottery offers bowls, cups, plates, jars, and vases, some of which are up to 32 inches tall. Pottery is on display, for sale and in various stages of creation. 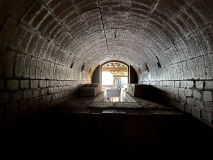 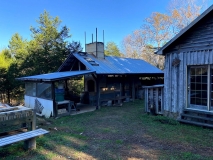 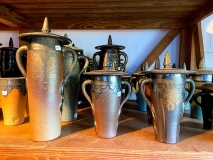 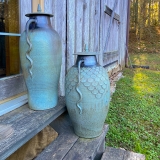