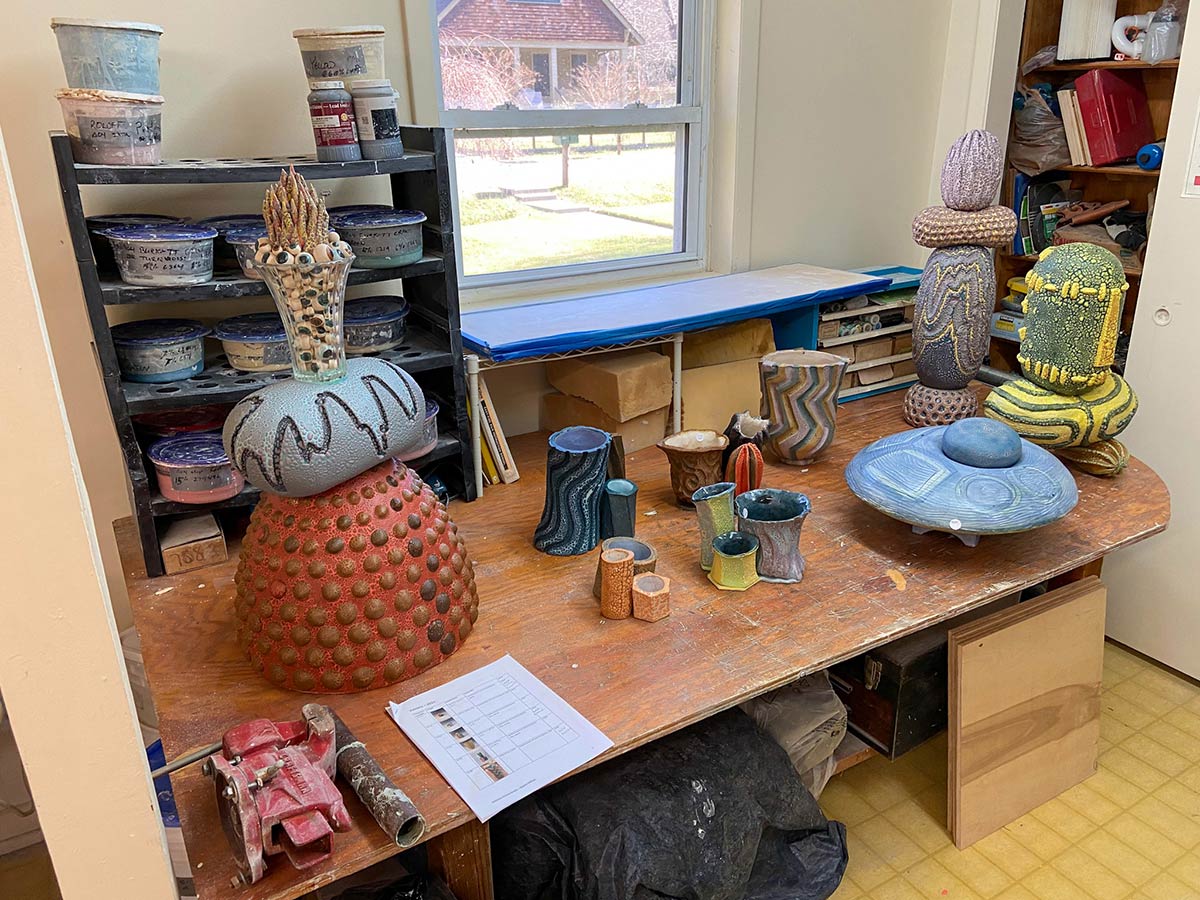 At Arbitrary Forms Studio in the Beaverdam community of Asheville, Robert Milnes employs a full career of ceramic teaching and arts administration in his own work. Robert works in clay, primarily making abstract sculpture for indoor and outdoor installation along with a limited range of bowls and platters.

Robert and his wife, Karen, have lived and worked all across the country, but their roots in Western NC were planted in the 1970s and early 1980s. He taught ceramics at the Penland School of Craft, while Karen taught graphic design at a community college. Returning to Asheville in 2014, together, they started the Beaverdam Studio Tour.

Visitors to Arbitrary Forms Studio can see the full range of Robert’s work and process. After a full career in higher education, Robert has dedicated himself to going back and exploring the things he didn’t do in his past work. Robert’s art is about telling stories. He focuses on sculptures that are based on combinations of positive and negative; volumetric shapes with surfaces that include binary symbols based on Morse code; graphic symbols for earth, air, fire, and water; and representations such as brain wave patterns, labyrinths, mazes, and phrenology charts. These systems represent what humans think we know about the world. Robert’s sculptures and surfaces question symmetry, order, and how we express that we think we know something. 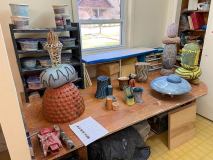 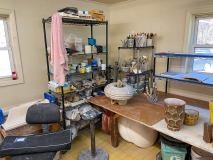