Thanks to funding, in part, from a Cherokee Preservation Foundation grant, the Blue Ridge National Heritage Area Partnership (BRNHA) has contracted with Kristi Driver to serve as Group Sales Manager to help implement a Group Tour/Motorcoach initiative for Western North Carolina.

Driver most recently served as the Group Tour Director for the North Carolina Division of Tourism, Film and Sports Development. Originally from Nashville, Tennessee, Driver’s tourism experience began in 1998 while working in tourism and marketing for Opry Mills. She then became Director of Sales for the Tennessee Department of Tourism Development in 2007, where she promoted Tennessee as a vacation destination to both domestic and international travelers.

The last four years, Driver managed North Carolina’s group travel initiatives, including the motorcoach and sports tourism segments, and she was instrumental in increasing statewide partnership and participation in promoting travel experiences. 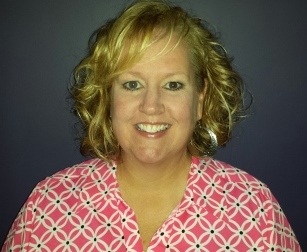 “Kristi’s extensive knowledge of the group tour industry and her strong relationships with tour operators throughout the nation will strengthen group tour visits to our region,” said Angie Chandler, Executive Director of the Blue Ridge National Heritage Area Partnership. “We are extremely lucky to have her on our group tour development team.”

“We are deeply grateful to the Cherokee Preservation Foundation for this help in growing this important market segment that will, over time, increase tourism to rural counties,” Chandler said.

The BRNHA is inviting other partners throughout the region to participate in the marketing of group tours to the region. “Collaboration among our many county tourism organizations, attractions, cultural, and hospitality partners will be key in building strong and vital group tour visitation to our area,” Chandler continued.

According to 2014 research done by the America Bus Association, motorcoach travel and tourism generates as many as 1.4 million jobs in communities across the United States, paying over $62 billion in wages and benefits.

In North Carolina, the total economic impact of group tours included the creation of 29,087 jobs, generating over $1 billion in wages, with a total output of over $3.376 billion. It generated over $190 million in federal taxes, and more than $134 million in state taxes.

“We believe that increasing our efforts to build this segment of the tourism market will lead to a stronger economy for the region, reaching not only hospitality-based businesses, but also those that support the industry, such as transportation, agriculture, and more.” Chandler concluded.