Music at the Market Concert: The Country Boys 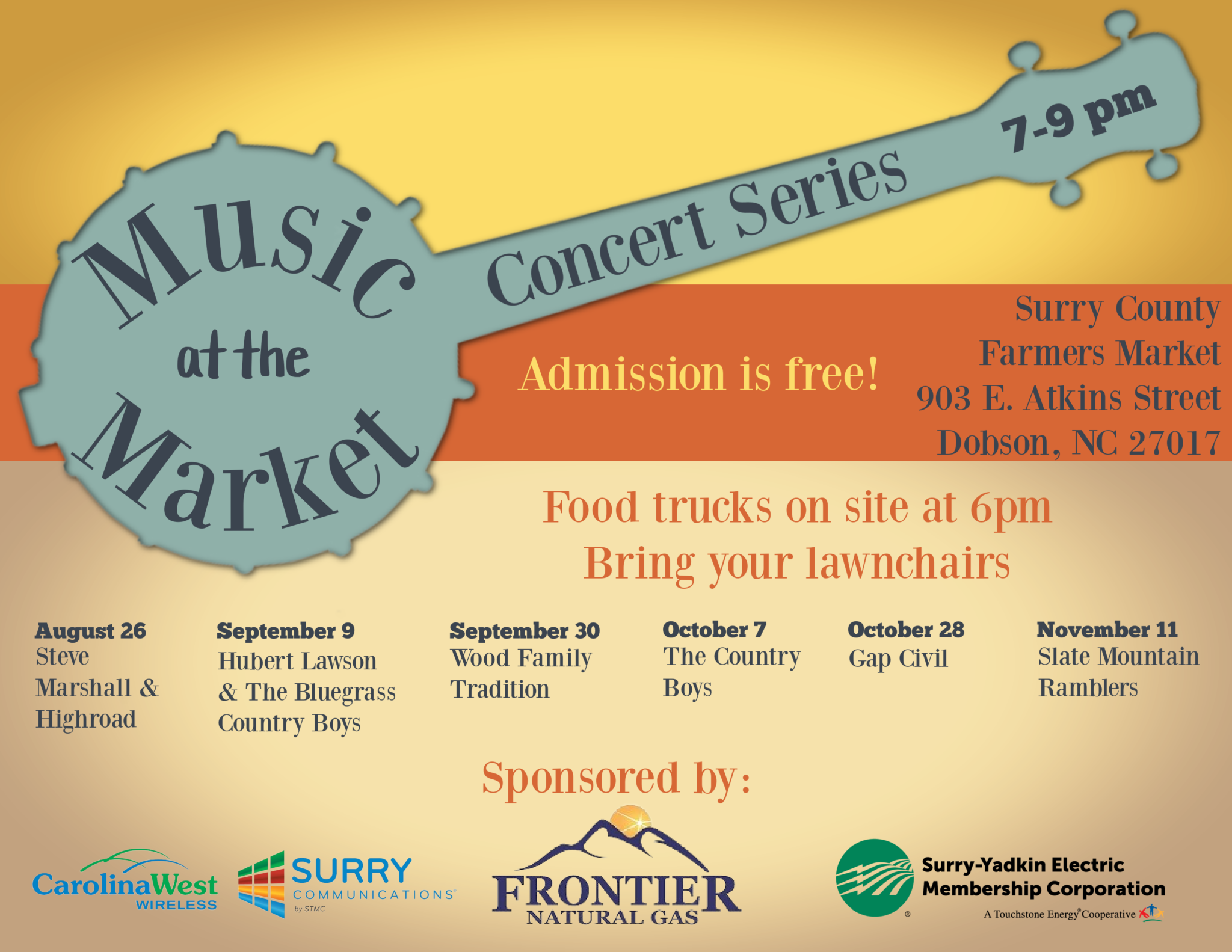 The Country Boys have played in most of the regional fiddler’s conventions, and they have won the coveted first place in the Galax Fiddlers Convention competition several times. The band also placed second runner-up in the old Union Grove Fiddlers Convention. The band specialized in fiddle tunes and receives a lot of their repertoire from Kenny Baker and Lester Flatt. More recent influences have come from the Country Gentlemen, while adding their own modern twist.

Food, agriculture and bluegrass picking are staples in Surry County. The three will blend when the Music at the Market concert series kicks off at the Dobson Farmer’s Market. Surry County citizens will be able to satisfy their taste buds from food trucks on-site at 6 p.m. Admission is free and citizens should bring their lawn chairs. BJ’s Fry Shack, My Kitchen, and Station 1978 Firehouse Peanuts are scheduled to be at the first concert.

Utilizing the great location of the Farmer’s Market off the Dobson U.S. Hwy. 601 exit, at 903 E. Atkins St., Dobson, the concert series hopes to be a crowd pleaser and a perennial draw at the site that has only been in existence since 2019.

All concerts in the series are free and will be held at the same time of the evening from late Summer through the Fall, which should make for cooler weather.