On May 29, 1893 Southern Railway’s “Number 11” deposited a travel-weary band of 29 souls from Northern Italy who were to break ground for a settlement. They were called the Waldensians, and that settlement became the Town of Valdese.

Who Were the Waldensians?

The Waldensians were both a people and a church. Joining the Reformation in 1532, they predate John Wycliffe, John Huss, Martin Luther and others Reformers.

Known as a “people of the book”, they held the Bible to be sacred and the final authority in every aspect of life. They believed the Bible to be an “open” book – open to interpretation by each Christian as guided by the Holy Spirit. This belief exposed them to relentless persecution during the 12th century.

When crowded living conditions forced the Waldenses to leave their beautiful valleys, they brought with them across the ocean a rich heritage of faith and culture. Today, through artifacts, attractions and special events, Valdese honors its French-Italian heritage and shares the story of the Waldenses’ heritage and their journey to prosperity

The history of the Waldensian Presbyterian Church is so intertwined with the history of the town of Valdese that it is impossible to study one without embracing the other. In education and industry, as well as in the religious life of the community, the Church has been and continues to be the center of Waldensian life in Valdese.

In the early 1970s, Valdese’s growing collection of Waldensian historic exhibits, coupled with increasing numbers of annual visitors, created the need to build the Waldensian Heritage Museum.  Like their Italian ancestors, the descendants wasted little time and built this beautiful structure on the corner of Rodoret Street and St. Germain Avenue.

The Trail of Faith

The Trail of Faith is a collection of 15 scaled buildings and monuments that preserve the history of the Waldensian people. Here you can see Barbi College where young men were trained and sent out as missionaries in an age when this was punishable by death. Explore a cave where the Waldensians worshipped while in hiding. Step inside the world’s oldest Protestant Church, the children’s school and original 1893 homesteads.

Valdese is home to the 4th longest running outdoor drama in North Carolina. From This Day Forward, which portrays the story of the Waldenses’ journey to create a better life for themselves and their descendants, has been performed every summer since 1967 at the Outdoor Amphitheatre in Valdese.

The Waldensians learned the craft of creating great wines in their Italian homeland and brought this skill with them to the foothills of North Carolina. In fact, the site of Historic Valdese was chosen by the settlers because the terrain, climate and soil composition was similar to their homes in Italy. Today, visitors can view processes that reflect a combined 250 years experience in wine making at the Waldensian Heritage Winery, which opened in 1930.

Approximately 40 feet high, McGalliard Falls was a favorite hangout for the Waldensian settlers and is enjoyed by Valdese citizens and visitors today as a park. This outdoor recreation facility has four lighted tennis courts, a volleyball court, playground swings, picnic facilities and restrooms in addition to the natural attraction of the falls.

The Burke County Farmers Market is located in Valdese and operates Wednesday from 8 am – noon and on Fridays from 2 pm – 5. All products are locally grown in Burke County. 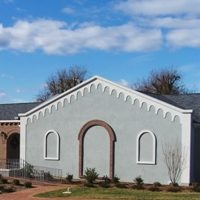 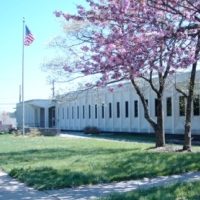