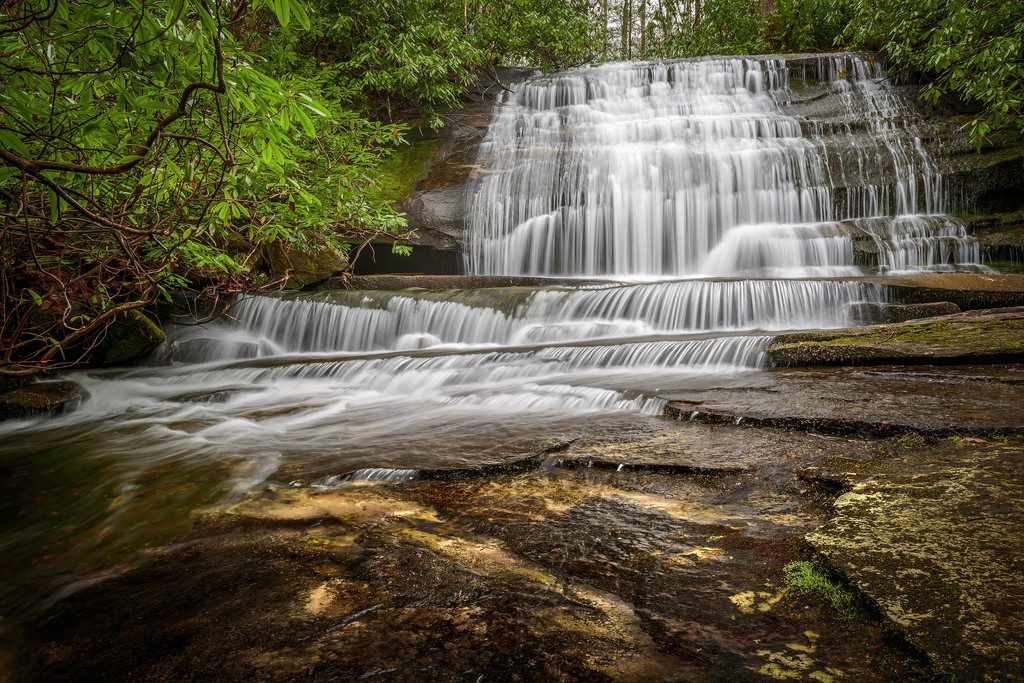 The half-million+ acres of Pisgah National Forest drape like a cloak around the Asheville area and provide easy access to some of the most dramatic scenery and outstanding recreational opportunities in the Blue Ridge Mountains.

The Pisgah National Forest offers excellent recreational opportunities year-round. Containing over a thousand miles of trails and wilderness areas, it is a hiker’s dream in any season.

In the fall, Mother Nature’s colorful show brings leaf-peepers by the thousands, and in winter, the snow-covered slopes in the far northeastern corner of the Pisgah National Forest beckon skiers.

Three fish hatcheries in the National Forest raise more than a half million brook, brown, and rainbow trout annually which are used to stock public mountain trout waters in the North Carolina mountains.

The Pisgah National Forest is distinguished by a number of treasured natural attractions: