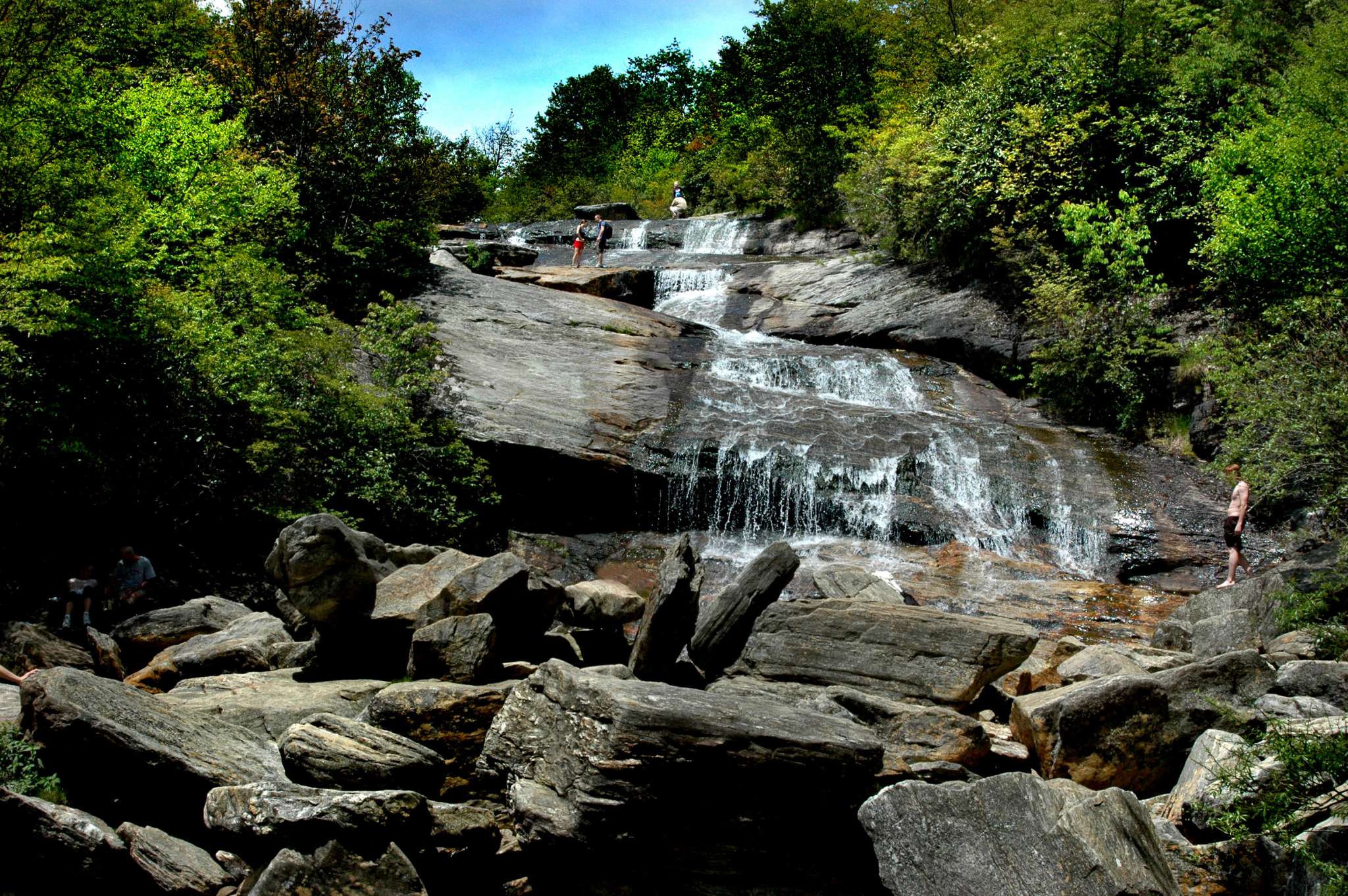 Stunning waterfalls and a distinctive landscape make Graveyard Fields one of the most popular hiking areas in the North Carolina mountains. Graveyard Fields is located about an hour south of Asheville on the Blue Ridge Parkway.

Why the funereal name? One theory holds that many years ago a tremendous windstorm uprooted the spruce forest, leaving behind stumps that gave the area the appearance of a graveyard. Another speculation is that logging in the early 20th century left tree stumps resembling gravestones.

Graveyard Fields experienced catastrophic fires in the last century, once in 1925 and again in the early 1940s. These fires swept through the area, destroying the stumps and scorching the soil enough to render it sterile.

Today, few signs of this fiery heritage are visible, a testament to nature’s ability to heal itself and to create beauty from devastation. Populous plants include mountain laurel and rhododendron, as well as many wildflowers, such as bluets, galax, asters, and honeysuckle. In summer and fall, hikers can enjoy blackberries, gooseberries, and blueberries scattered throughout Graveyard Fields. The berries also attract a variety of wildlife, including a large number of white-tailed deer.

From Asheville: Drive south on the Parkway to milepost 418.8.

From Waynesville or Brevard: Take US 276 to the Blue Ridge Parkway through Pisgah National Forest, then go south on the Parkway to milepost 418.8.

From Sylva or further west: Look for the Parkway entrance off US 23/74 at Balsam Gap. Proceed on the Parkway in the direction of Asheville. The Graveyard Fields parking area is just past milepost 418. 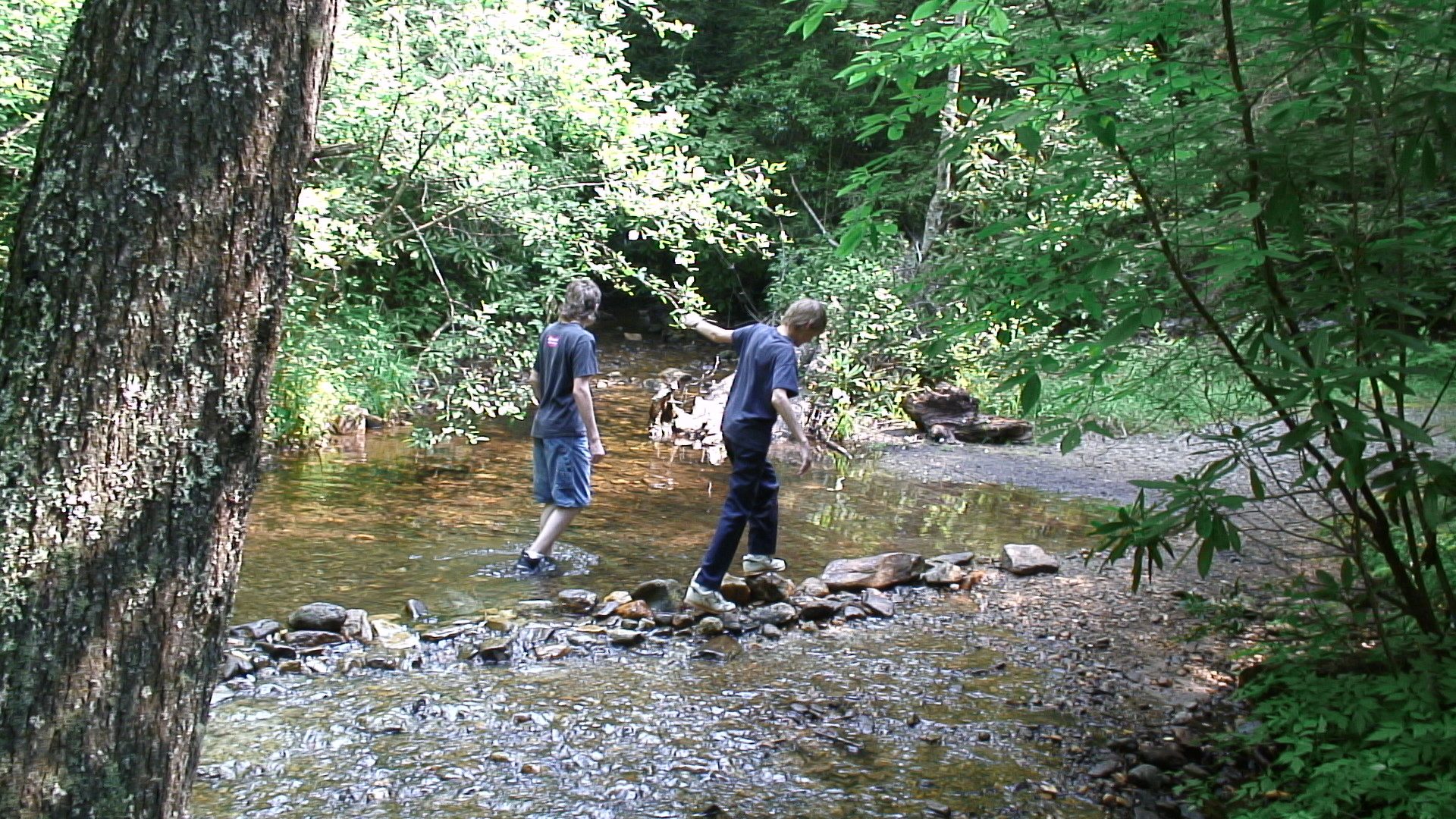 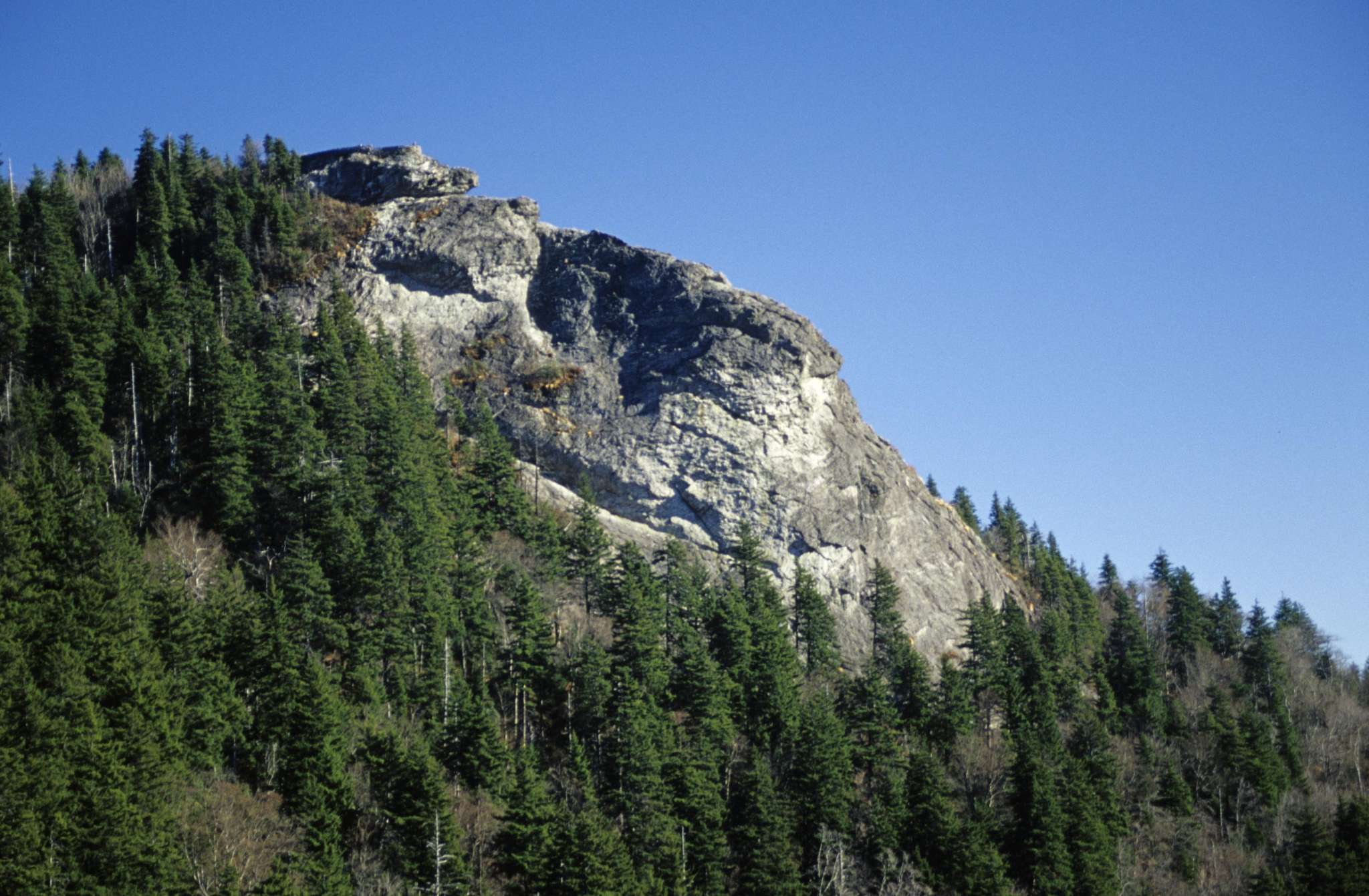 A prominent landmark of legend on the Blue Ridge Parkway, the Devil’s Courthouse presides over...
Learn More
Add to Trip