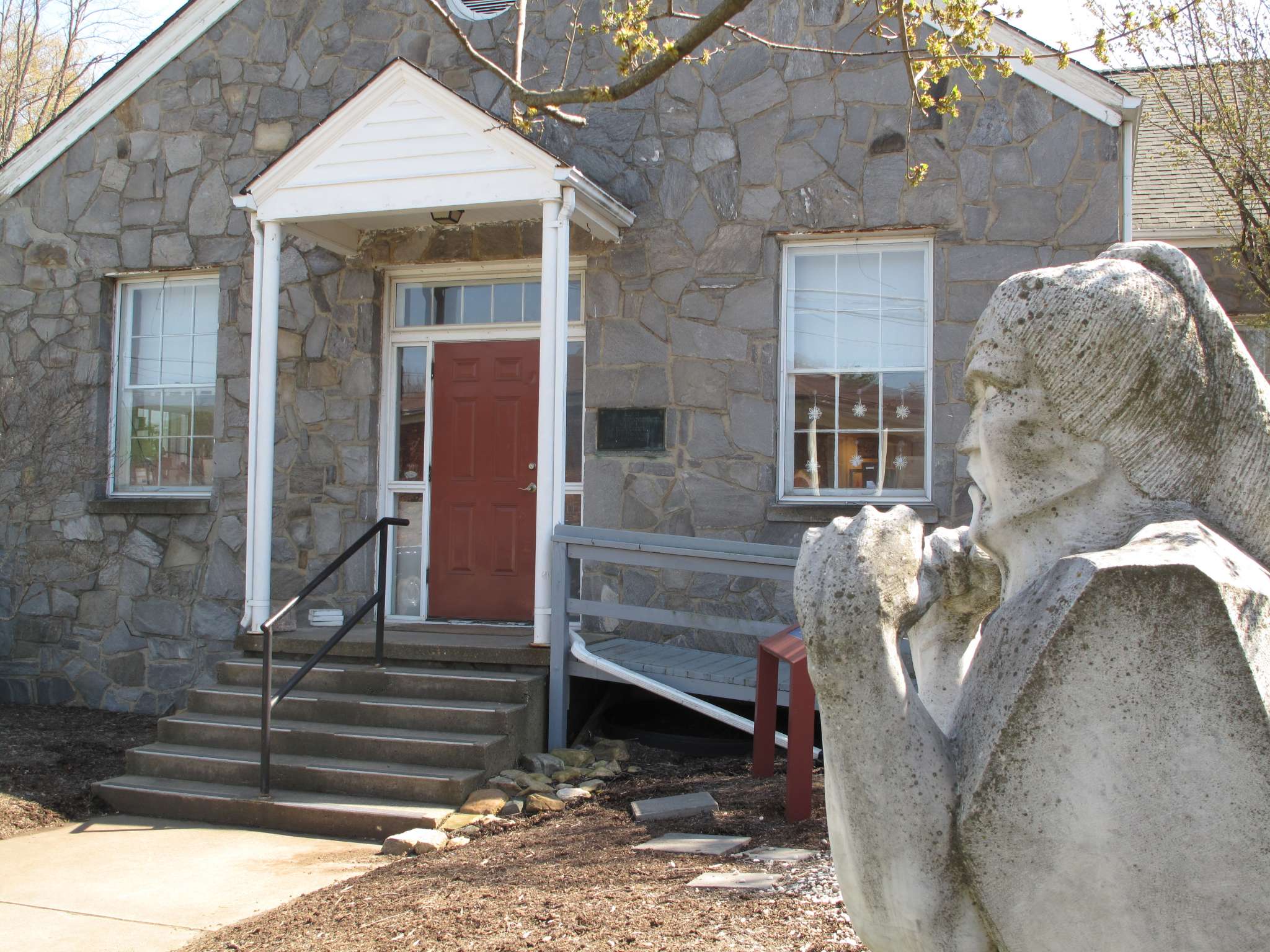 The Ashe County Arts Council and Arts Center is located in a beautiful stone building constructed by the Works Progress Administration (WPA) in the 1930s. The WPA was a federal program that put people to work during the Great Depression. Many of our public buildings and parks were built with WPA labor. This building was built with the same stone used along the Blue Ridge Parkway, constructed during the same period. Originally housing a Community Center, the 1938 structure is now owned by the town of West Jefferson and leased to the Arts Center. Over the years, the building has housed the VFW and a Teen 4-H center.

In 1993, the building was renovated and re-dedicated as a cultural center for the town, realizing the original intent of the building as a true “community site” realized through the arts. It houses the offices of the Arts Council and a large gallery. The gallery displays changing exhibitions every six weeks and displays a variety of work. Exhibits include solo and duo shows, theme shows, and an annual juried art competition called “Best of the Blue Ridge.” Each year, the Arts Council also sponsors an exhibition of work by students in grades K through 12, with the clever title, “Young at Art.”

The Arts Center also boasts a gallery shop that sells the work of over 100 artists and crafts artisans.

The Ashe Arts Center is also the site of concerts, literary events, meetings, and rentals…and is even the polling place for West Jefferson. Out front is a large sculpture by Be Gardiner, titled “Heiros Gamos,” a name that refers to a ritual marriage between a god and goddess in Greek mythology. The stone figure appears as a watchful sentinel at the entrance to the Arts Center.

The landscaping at the Ashe Arts Center has been completely redone, serving as a backdrop for a new sculpture called “Brush Up.” In 2018, the Art Center dedicated a contemplative sitting area with a new bench and planters at a three-way corner where School Avenue, Main Street, and 6th Avenue come together in West Jefferson. 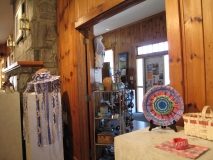 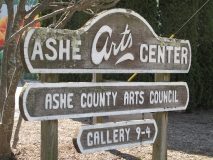