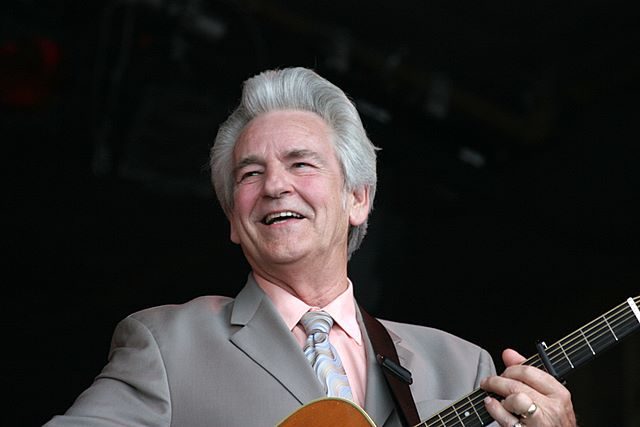 Bluegrass legend Del McCoury will become a part of Mitchell County lore when a stretch of Hwy. 261 north of Bakersville bears his name. A ceremony to commemorate the naming of the road will take place on Oct. 26 starting at 9:30 a.m. at Lavonia Crest north of Bakersville.

McCoury, guitarist, a lead vocalist, and leader of the Del McCoury Band, is scheduled to attend the event, as well as North Carolina Governor Pat McCrory. “He is world-famous in bluegrass and has a childhood connection with Mitchell County,” said Mitchell County Board of Commissioners Chair Bill Slagle.

McCoury was born in York, Pa., but both his parents and his wife’s parents are Mitchell County natives. “Del McCoury has deep roots in WNC,” said Mitchell County Chamber Director Shirley Hise. “He is related to a lot of folks here. He is one of the most accomplished and renowned bluegrass musicians in the United States.” Hise said McCoury identifies with the community and with the state of North Carolina.

“Our mountains and foothills have a national reputation as a music-rich region, and our traditions of old-time string band music, ballad singing, and bluegrass are internationally renowned,” she said. “No other area of the country has had more impact on the development of the banjo as a bluegrass instrument than here in Western North Carolina. Del McCoury has exemplified that musical heritage through his 50-year career, his ability to appeal to younger and older audiences, and his innovation of various musical styles.”

McCoury is honored by the attention. He said he has a National Endowment of the Arts National Heritage Fellowship, is a member of the Grand Ole Opry, and is in the Bluegrass Hall of Fame, but this is something more. “It is a great honor to have a road named after you,” he said. “That stands forever.”

McCoury said he wished his father were alive to see the highway get named for him.

McCoury traces his musical heritage back to his family. He remembers a tale about his mom’s father playing fiddle at the Cloudland Hotel, which was located at the top of Roan Mountain, and said the lore is part of his family heritage. “I’ve heard my kin folks talk about all those things,” he said.