The Midnight Plowboys are an Asheville-area all-star team, a string band whose members bring with them decades of experience and deep ties to mountain music traditions. First active between 1980 and 1990, its original members were guitarist Brian Hunter, fiddler Ed Partridge, banjo player Bucky Hanks, and bass player Andy Charlton. In this configuration the band toured widely and recorded two albums. After a hiatus, the band was invited to give a reunion performance at the Bascom Lamar Lunsford Festival in 2012, and the enthusiastic reception they received encouraged the Midnight Plowboys to re-activate the band.

Today, Brian Hunter is the one founding member still performing with the band. He is joined by Mike Hunter, a mandolinist whose resume includes being one of Jimmy Martin’s legendary Sunny Mountain Boys, as well as a member of other prestigious groups, and playing and teaching music for more than forty years. Laura Boosinger, a veteran performer of old-time music and the Asheville area’s native mountain swing, plays banjo and sings. Robert Reeves has returned to music after years of working in the auto racing industry. Fiddler and singer Emma McDowell, though the youngest member of the group, is a veteran performer too, well known in Western North Carolina and beyond for her music-making with the McDowell family band, her mentor Arvil Freeman, and other prominent traditional musicians.

The Midnight Plowboys play a wide range of acoustic music, from old-time and bluegrass to Americana and classic country. This stylistic diversity is very much in keeping with the band’s deep roots in the Asheville area, where musical eclecticism has long been a valued part of the region’s string band heritage.

Laura Boosinger was inducted into the Blue Ridge Music Hall of Fame in 2017. Both Brian and Laura have received the Bascom Lamar Lunsford Award from Mars Hill University in recognition of their significant contributions to the music traditions of the southern mountain region.

The Midnight Plowboys are available to perform live and in person for concerts, festivals, square dances, weddings, and private events. 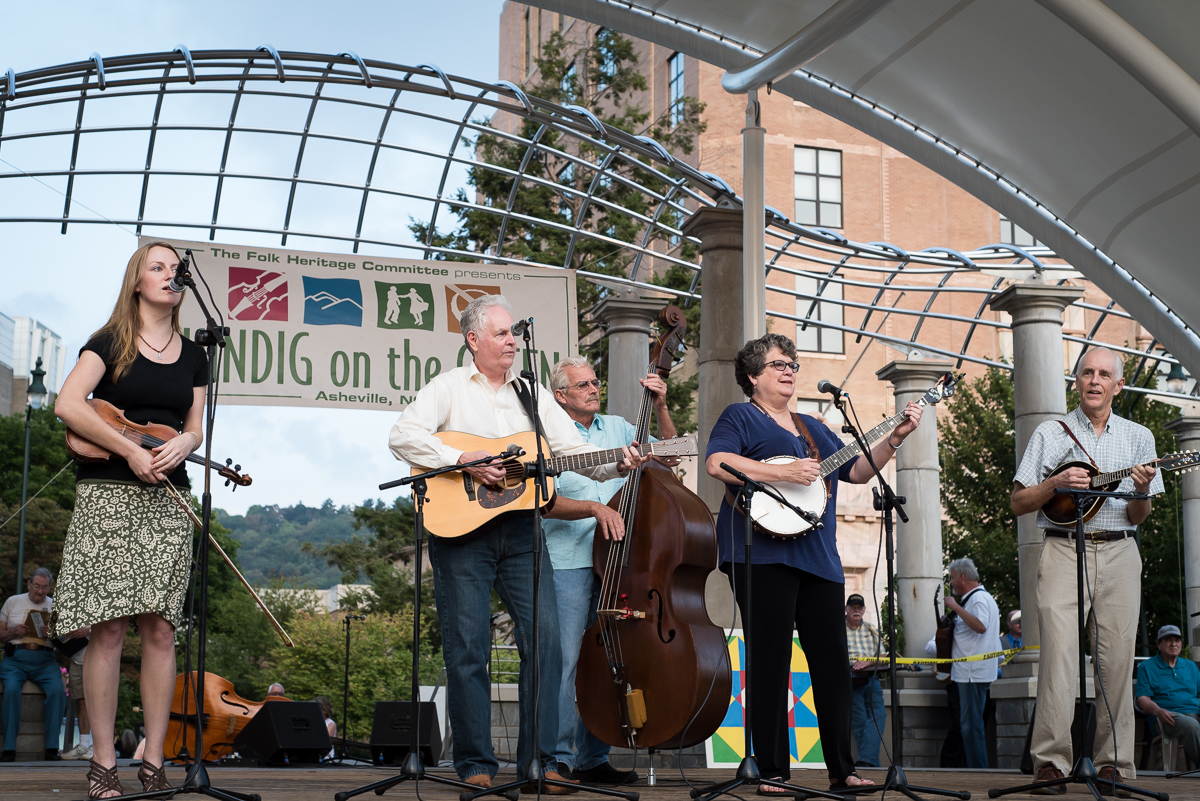