While no one wishes for the nation’s economy to take a dive, there can be unexpected silver linings to such crises. Between 2007 and 2009, when the U.S. housing market crashed, many home builders suffered huge business losses. For Jay Lichty, who was a contractor specializing in residential work, the recession became an opportunity to embark on a new career.

In addition to being a builder, Lichty is a lifetime musician. In 2009, he found out about a guitar-building workshop to be held in Tryon, which has been his hometown since the mid-1980s. The class was taught by master luthier and National Heritage Fellow Wayne Henderson of Rugby, Virginia, and Lichty was able to secure one of only four spots in the class at the very last minute. With the understanding he already had of both music and woodworking, Lichty took to instrument building right away, and knew that he had discovered a new life’s work.

Lichty now builds approximately 30 guitars and ukuleles each year, ranging from classic dreadnought and parlor guitar forms, and classic tenor and baritone ukes, to forms of his own creation and custom orders made to individual musicians’ specifications. Among the artists for whom he has created instruments are Bonnie Raitt and ukulele master Kimo Hussey. Lichty received the top honor in Garden & Gun magazine’s inaugural Made in the South Awards, which honors handmade products of all kinds from the Southern United States.

Customers can browse Jay Lichty’s available guitars, as well as ordering options, on the Lichty Guitars website. On occasion he offers workshops, which are also announced on the website. 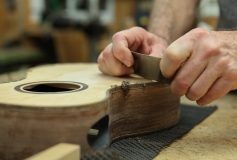 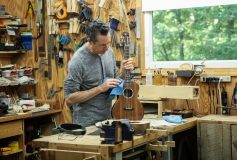 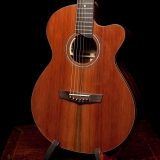 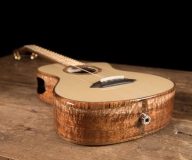 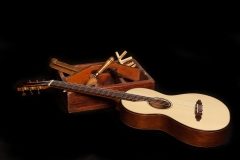