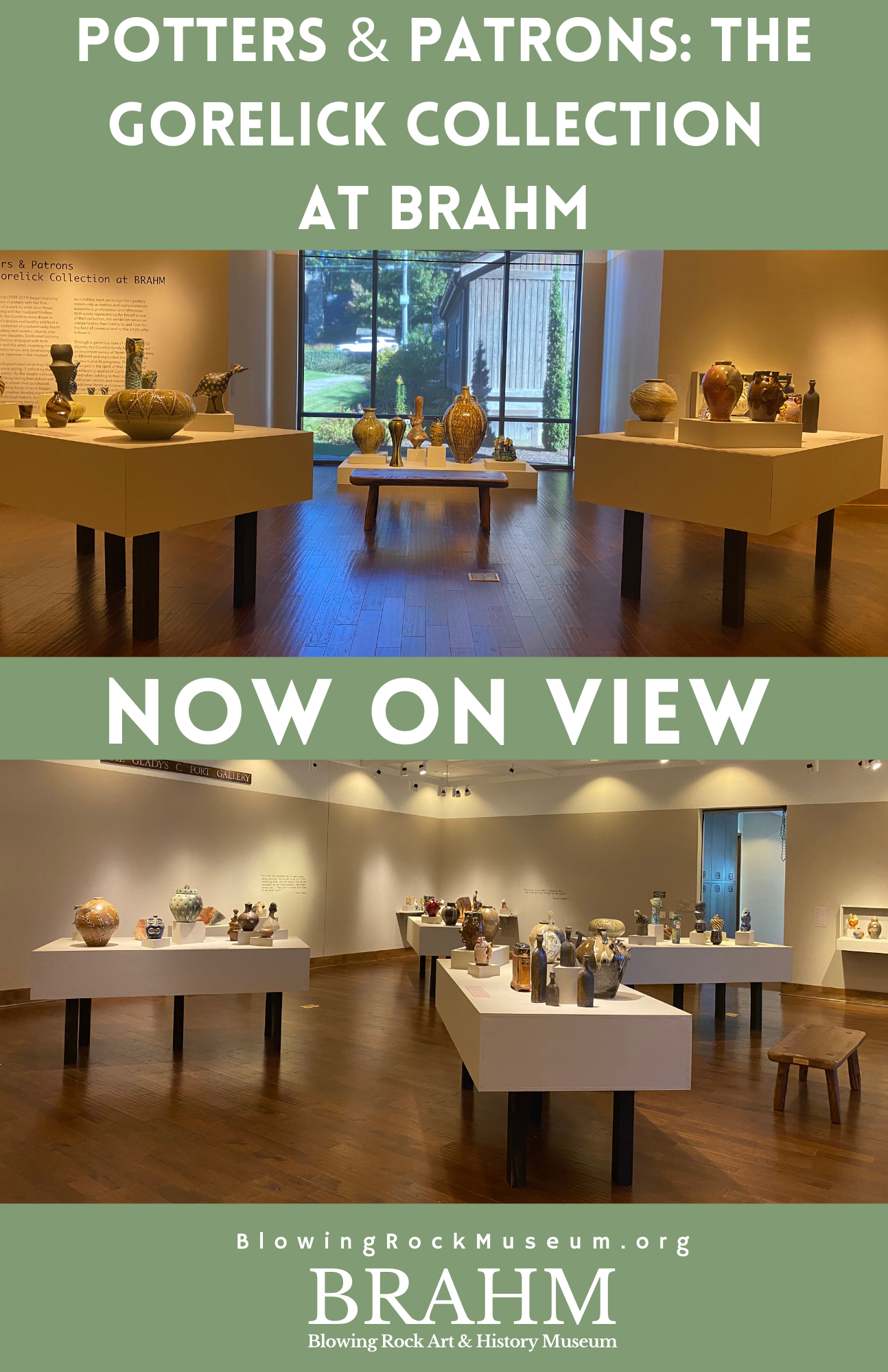 Carol Gorelick (1939-2019) began building her collection of pottery in 1970. Along with her husband Shelton (1929-2014), the Gorelicks were drawn to the medium’s texture and tactility and built a substantial collection of predominantly North Carolina pottery and ceramic objects over the proceeding decades.

The Gorelicks purchased what they liked, with Carol once saying, “I collect by the seat of my pants.” As the couple collected, they formed long-lasting friendships with the artists from whom they purchased work. Amassing a collection representing many of the state’s most prominent ceramic artists, the pair left an indelible mark on the tight knit pottery community as tireless and compassionate patrons. With works by Steve Abee, Michel Bayne, Herb Cohen, Josh Copus, Christina Córdova, Burlon Craig, Kim Ellington, Mark Hewitt, Daniel Johnston, Matt Jones, Stacy Lambert, Charles Lisk, Alex Matisse, The Owens family, A.V. Smith, and many others, the Gorelick collection serves as a testament to their fidelity to and love for the medium and to the individual makers who enliven it.

Interviews with exhibited artists, intimate archival imagery of the collection in situ at the Gorelick’s home, and an exploration of contemporary pottery in North Carolina and the couple’s pivotal role therein, will contextualize their legacy in the field and in the region. Further, through a generous loan of more than 150 objects, the Gorelicks have established an important survey of North Carolina pottery at BRAHM and expanded the scope of the museum and its programs.