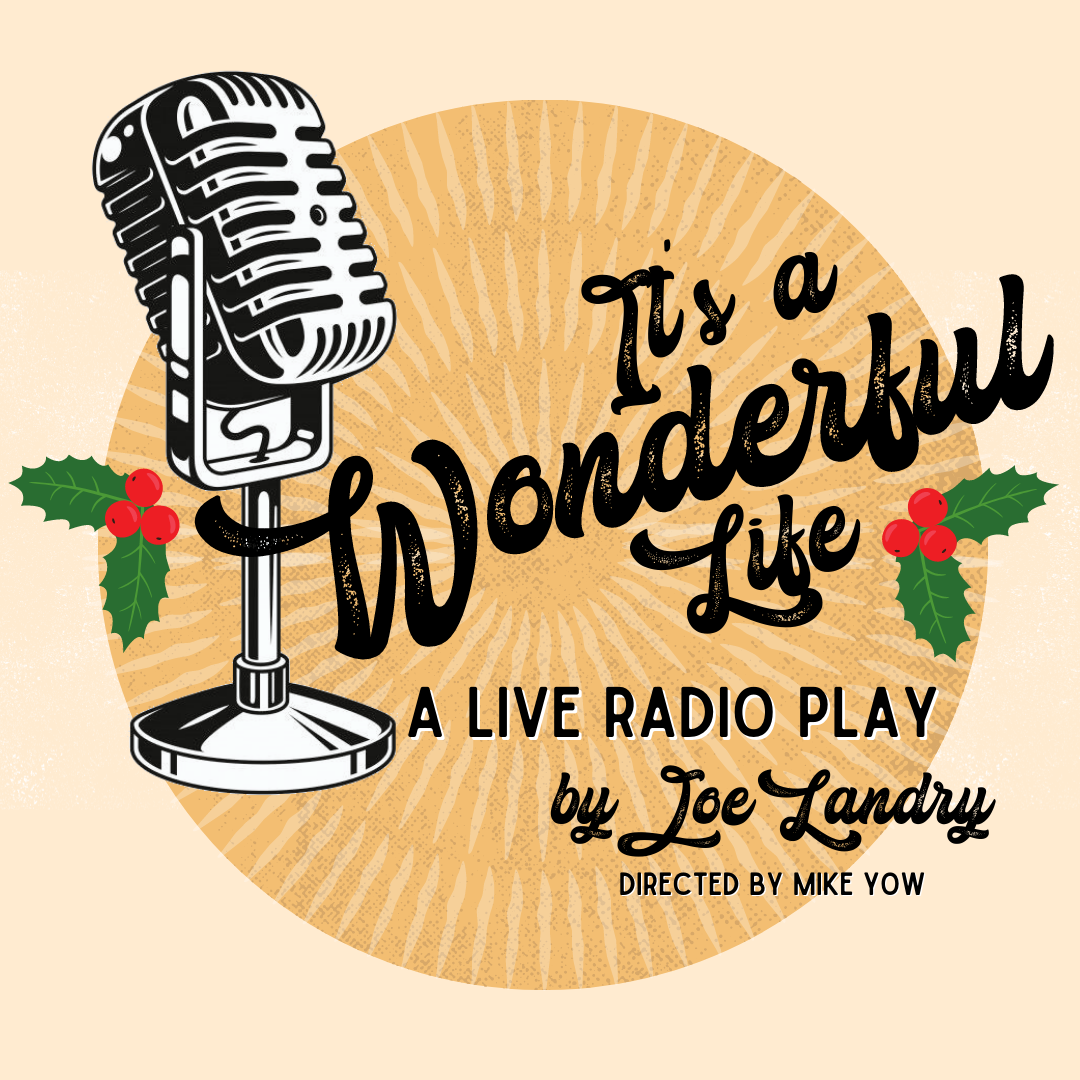 Most of us are familiar with the story of George Bailey and the angel sent to help him discover what life would be like if he’d never been born. Some of us have seen It’s a Wonderful Life frequently enough that we can quote from the familiar movie. “Every time a bell rings an angel gets his wings!” The holiday classic, made back in 1946, was directed by Frank Capra and starred Jimmy Stewart and Donna Reed.

Tickets are $20 and can be purchased through the BMCA website. The shows are presented by Fire in the Head productions and produced in partnership with BMCA.

Mike Yow was in a production of this show at the BMCA Theater several years ago. Now he returns as director and says he thinks Black Mountain resembles a real life version of Bedford Falls, the town where the story is set. Because Yow is a popular actor who works all over the region he knows plenty of talented people.

“I’ve hand-assembled a cast of amazing professional performers,” says Yow, “not to mention just great people in real life. And I’m happy to join them on-stage as well, reprising my role as Freddie Filmore, in addition to my directorial and producer duties.”

One of the show’s delights, beyond the charming story and period costumes, is watching the sound effects being created.

“Audiences will get a chance to see the actors perform sound effects as they were done in radio studios back in the 1930s – wind machines, train whistles, glass-breaking boxes, and much more,” says Yow, who is a fan of the era depicted. “Tickets to this show just might be an early holiday gift to those who want to relive the wonders, magic, and heart-warming for this timeless tale.”

The Black Mountain Center for the Arts requires proof of vaccination for indoor performances. We are not accepting negative Covid tests for entry in lieu of vaccinations. Proof may be presented via a digital photo or physical copy of your vaccination card, and must be accompanied with a photo ID. Minors (ages 12-17) may show a vaccination card without photo ID. Proof of vaccination is not required for children ages 0-11. We are selling tickets at reduced capacity. We will continue to require masks to be worn by audience members. The performers are vaccinated and will be performing on stage unmasked.

For tickets or more information visit blackmountainarts.org or call 828-669-0930.

The Black Mountain Center for the Arts is located at 225 W. State Street.