Folkmoot LIVE! at the Queen Auditorium 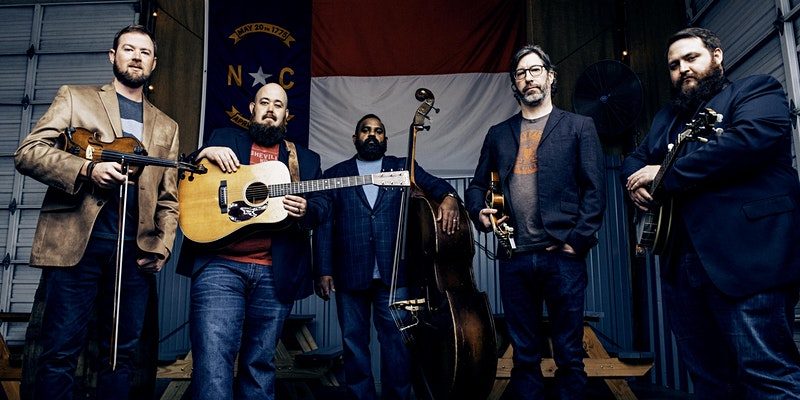 May will continue the Folkmoot LIVE! at the Queen Auditorium series with Bluegrass Boogie on Sat, May 21. Organized by Adamas Entertainment, the featured bands for the concert are Unspoken Tradition with the Carter Giegerich Trio opening.

Unspoken Tradition is about new, original Bluegrass, inspired by their own influences and the roots of traditional music. They bring a sound that is both impassioned and nostalgic, hard driving but sincere. Their 2019 release from Mountain Home Music Company, ‘Myths We Tell Our Young,’ debuted at #5 on the Billboard Bluegrass charts and has seen 5 top-charting radio singles, including a #1 spot on the Bluegrass Today chart for “Dark Side of the Mountain.” Their material is mostly original and reflects the ever-changing culture of Western and Central North Carolina where they call home. The band has earned a fervent following in the Southeast, selling out shows in Asheville, NC as well as the legendary Station Inn in Nashville, TN. They have also performed twice on the coveted Watson (main stage) at MerleFest. With heavy airplay on Sirius XM’s Bluegrass Junction and ever-growing streaming numbers, Unspoken Tradition is a fast-rising voice of a new generation of roots music artists.

Beer/wine and culinary delights prepared onsite will be available for purchase from our local food trucks. Doors open at 5:30 pm; show begins at 7 pm. Tickets are $25/person pre-purchased; $30 at the door. Kids 12 and under free. Purchase at www.folkmoot.org, hit the QR code in the ad or call 828-452 2997.