Haywood County is home-base for team clogging, and among the teams representing the tradition locally today, the J. Creek Cloggers are among the best known and most active. Founder Kim Campbell Ross grew up in the small Scott County community of Snowflake, in the mountains of far Southwestern Virginia. She learned flatfoot dancing early, both from her dancing family, and at community venues like the Carter Fold in nearby Hiltons, VA.

Kim became a resident of Western North Carolina in the early 1990s, settling in Haywood County. She and her sons, Zeb and Levi (who are also members of The Ross Brothers & Terry Woody Band, (bluegrass/old-time stringband), were among the first members of the J. Creek Cloggers. In the years since, the team has grown and become a veteran performance group, with ages ranging from 6 to 80 years old. They perform all over the Southeast, at events such as the Mountain Dance and Folk Festival, Shindig on the Green, and in the summer months are the house clogging team at the Stompin’ Grounds in Maggie Valley, as well as performing and at the Crest Mountain Dinner Show in Asheville, NC.

The team also has won several competitions. In 2017, The J. Creek Cloggers were invited to be part of Mayberry Days in Mount Airy, NC with performances in the parade as well as at the Andy Griffith Playhouse. They performed there again in 2018.

The J. Creek Cloggers include, among their specialties, audience-participation broom dances and square dances, as well as their mainstay, clogging. Kim Ross and several members of her group demonstrate and teach a variety of traditional dance steps and styles, emphasizing the history behind the music and dance. 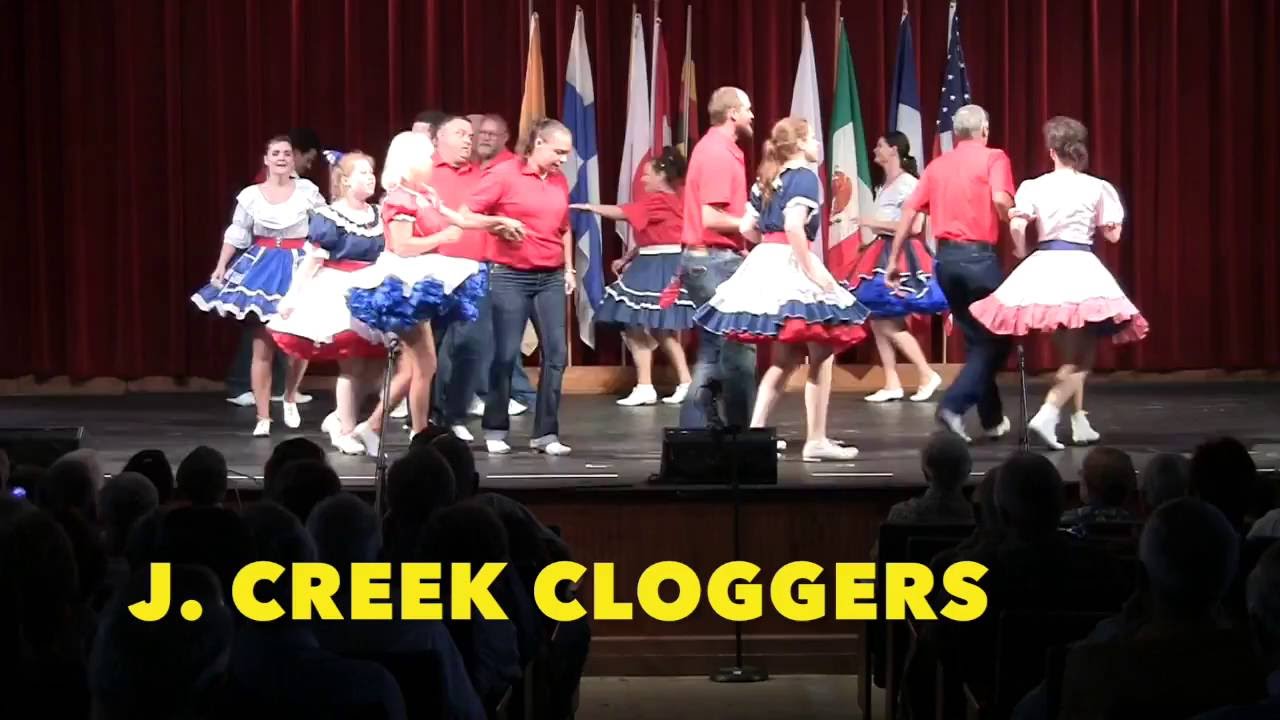